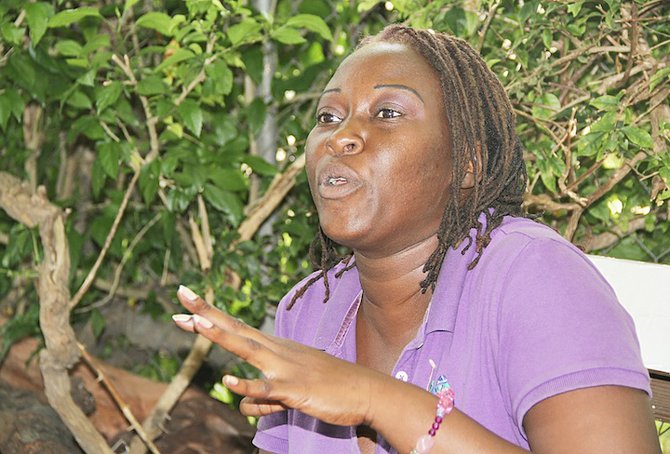 "I'm not given the opportunity because I am nobody. To the them (the political class) I'm nobody. And I don't know somebody who knows somebody."

BEFORE starting this project, we were determined not to even mention politics in relation to crime.

Our political class has always been prepared to use public fear to score cheap points against their opponents, doing more harm than good and promoting a shallow understanding of the causes behind criminality.

We didn’t want to fall into the same trap.

The trouble was, as we moved through inner city communities, asking those who live there to share their views on our national crime problem, time and time again, they themselves brought it back to politics.

But not once was it the typical line heard outside the ghetto, about which party has the best solution to crime, which will be hardest on criminals, and so on.

Instead, we were offered accounts from personal experience, of the game that is played for votes in this country using the lives of the most vulnerable as collateral.

What they exposed is a system that can only survive by keeping certain people poor, dependent on political handouts, trapped.

A system that makes a culture of anger, violence and criminality almost inevitable among its victims, then turns around and punishes them, imprisons them when they react in a way that could only have been expected.

What they showed us was people desperate for jobs, but who have no idea how to find them outside of political patronage, so conditioned have their communities become by dependence on their MPs.

What they showed us was the presence of politics at the very root of crime.

Nowadays, Bain Town is particularly symbolic of this cycle, as the current Member of Parliament, Dr Bernard Nottage, is also Minister of National Security, in charge of law enforcement.

As such, he is both the man who officially represents the welfare and aspirations of everyone in this suffering community where many resort to crime to feed their children, and also the man who ordered the “boots on the ground” crackdown on the deviant few, those whose “criminal violence and anti-social behaviour” is threatening the economic prospects of law abiding citizens.

What Bain Town residents want to know is, who are these other people, and why are their economic prospects more important than the fate of his own constituents?

Because of the system he is part of, Dr Nottage must play both roles at once, contradictory though they may seem.

Just a few days after our visit to the area, he was seen walking the streets of Bain Town with international observers, seeking funding to improve conditions and recommendations for “how we can reduce crime in the community”.

But both versions can’t be true – crime cannot be the result of social problems that effect entire communities, where every sufferer is a potential criminal; and at the same time a case of a few bad apples that need to be rooted out.

Yet inner city people say the politicians who visit them around election time, claiming to understand the conditions that make people resort to crime, are often the very same ones they see on TV denouncing the “criminal element”.

Here is what the people of Bain Town had to say:

“They call the young generation the generation of ‘wipers’, but we are not. We just need... when you reach a certain age, you is man now, everyone looks at you and says you are eligible to go out there and work and help yourself.

“But how can we help ourselves when every day we are going trying, trying to get a job. Going this place going that place, but we are getting turned down.

“The next day we go somewhere else, we getting turned around, they don’t call you back for months, they never call you to go back. You know what I mean? That don’t make no sense.

“I mean I was frustrated, I talking about drained, where I only wanted water. And I go in there, and she guh tell me about when I could come see Bernard Nottage on Thursday. How much years it was Thursday and you never see him?

“Come on man, they gotta do something man. And this the end, this the end. Bernard Nottage done gone now, he done gone now (not running again), so I don’t know what these people (in the neighbourhood) are gonna do now.

“Cuz when he was here, last term, he get couple people a government job, you understand? But out of 5,000 or 10,000 people in the constituency, what is 50 people working?”

“I sleep in here (her rotting plywood shack) with three kids and ask for all kinda help.

And Social Services asked me, if they could send me with a letter to Great Commission (a non-profit charity) for a plate of food.

“How you think I feel, when I see a Haitian with an Imperial uniform on, on monthly (Social Services payments)?

“The last time I worked was how much years ago? Two, three? And that was on a temporary work programme with Bernard Nottage. And from then, he always saying come to him, he can help, he know what the problems is, where the crime comes from, (well) – thats where the crime come from: If you broke, nothing happening, I guh look at the next person who have something, I guh want that too and I guh go out to get it. Because nobody trying to help.”

“If my legs are working I can work. You see how strapping I am? I only need a job. All it takes is for someone to offer one.”

“My brothers dem, they young, they is be round here all day. They hungry. Nothing to do – ‘Boss let me clean ya yard, boss let me wash ya window – nobody (responds).

“So what they do? Yuck somebody chain, yuck somebody tingum. They have to eat, they got children got to eat too. Thats where it come from.”

“The average young man, he has say two or three children, he might have had a criminal record when he was younger for something small, like a small amount of narcotics. And because this is on his record, he cannot get a sensible job.

“No one is willing to give him a chance, so his only option he feels is to do something illegal in order to feed these children. You see what I’m saying?

“And then from a young woman’s perspective, to be honest with you, I have a lot of certificates, so I’m educated. But apparently these days its not what you know, its who you know. And if you’re not connected with the right people, you are not going to be able to find a sensible job.”

“Its hard for us, living in the inner city its hard for us. Because no one seems to be listening to us. They come every election time, and they promise to do things for us, and to tune in to us, and they don’t.”

“I’m not given the opportunity because I am nobody. To the them (the political class) I’m nobody. And I don’t know somebody who knows somebody.”

“We have prostitutes, we have people on drugs, and its because they feel there is no answer to their problems. No one is listening, nobody cares, you understand? So it’s the ghetto.”

Wow! Not one response? Hmmm.....hey TalRussell where are you? I would love to hear you defend this? This is something that have been going on for years and it goes deeper that what is even written here. Most politicians don't give a crap until someone closed to them is a victim of crime, then and only then do they see the need to do something about the crime issue. He who feels it knows it, too bad the majority of people that feel it around here are the lower class..and yes we do have a lower class now. Just look around and you can see it for yourself but then again you may be too afraid to drive into some of those areas.