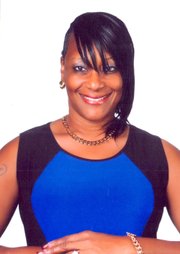 WITH the launch of the second edition of her book “Straw” – an exploration of the local straw craft industry – Bahamian author Karen Hamilton is calling on vendors to stand up and face the challenges of today head-on.

Ms Hamilton told Tribune Woman that something new is happening in the industry almost every day, and she is encouraging all vendors, younger ones in particular, to fight for equality, justice and peace in the Straw Market.

“As straw vendors, we must never stop striving until the industry has taken its rightful place in the world of perfection,” she said. 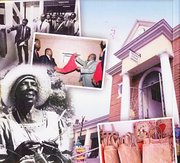 Ms Hamilton said this second edition of “Straw” was written to pay homage to the pioneers of the industry and to encourage a new generation of young straw vendors and artisans to produce more native straw products. The first edition of the book, printed in 1998, sold over 15,000 copies. Students in both government and private schools used the book to assist them in subject areas like Social Studies and Arts and Crafts.

“This second edition of the book ‘Straw’ also focuses on the everyday lives of straw vendors; it identifies the key players in the early straw industry and gives a clear description of the various types of straw and plaits that have became popular in the Bahamas. I have discussed what vendors and government agencies must do so that the industry can realise its domestic and export potential. As a former educator, I saw the need to include a series of exercises in the book to encourage art and social studies teachers to teach the craft of the industry to the next generation of straw vendors,” the author said.

Ms Hamilton said she felt there was a need to write a second edition of the book after she received numerous requests from students and teachers who wanted updated information about one of the country’s oldest occupations.

“It is very important to preserve our culture and history. A new generation of straw vendors is rising up, and whenever they are assembled, their cries will be the same. They want to be recognised and appreciated for who they are and for the outstanding contributions they are making in our country today. I am convinced that this book will go a long way in trumpeting this message,” said Ms Hamilton.

“Thanks to their initiatives, I have evolved to where I am today. I will never ever forget that it is because of the contributions of the older vendors that I now have the freedom to speak and to learn. I am free to write the history of the straw industry, which is very important. I am also free to be all that I can be. I have watched where straw vendors have moved from sidewalk vendors to entrepreneurs in a multi-million dollar complex. Wow, what an accomplishment,” she said.

Ms Hamilton said people will be amazed to learn how many children and grandchildren of straw vendors are now making a significant contribution to the development of the Bahamas.

“This book shows the children of straw vendors, whose school fees and university tuitions were paid for by the hard working parents who laboured in the straw craft industry to make a better life for their children,” she said.

If she had the chance to write the book all over again, Ms Hamilton said she would not change a thing, as the book is the number one best-seller in the Bahamas.

“I can recall when Dame Ivy Dumont was Minister of Education, and it was under her ministry that we were able to sell over 15,000 copies of the first ‘Straw’ book. She gave us her full support and invited me to come to her office to plait the raw straw material with her. She was very instrumental in the first edition of the book. I will always be grateful for the way in which she spoke about the straw vendors and the straw craft industry. The book speaks about languages of the straw vendors and also talks about the contributions that former Prime Minister of the Bahamas, Sir Lynden Pindling, and former Governor-General Sir Milo Butler and civil rights activist Sir Randolph Fawkes made in the House of Assembly on behalf of the straw vendors. At the back of the book you would see both former prime minsters opening the straw market plazas; Sir Lynden Pindling and Hubert Ingraham,” said Ms Hamilton.

The official book launch of ‘Straw’ was held at Pompey Bay Square on March 21. Ms Hamilton said it was an event that will always be remembered by straw vendors and the children of straw vendors.

“Our keynote speaker was the Obie Wilchombe, the Minister of Tourism. It was a grand occasion and I was very surprised at the great turnout. Books will be available for purchase at BookWorld and One Rib Publications Ltd,” said Ms Hamilton.

As a part of the ‘Straw’ movement, Ms Hamilton said there will be a competition held on May 30 for students. All schools are invited to participate in the cultural event. The deadline for entries will be on April 30.

“The last competition was held in 1998, and St John’s College not only won the essay competition, but their school sold the most books. It has not been confirmed as yet as to whether or not they will be participating in this year’s competition, but I am hoping that they do,” said Ms Hamilton.

The competition categories include: Essay – “The Straw Craft Industry “; Model – A model of the Straw Market; Rap – A song about straw, and Speech – A straw speech competition.