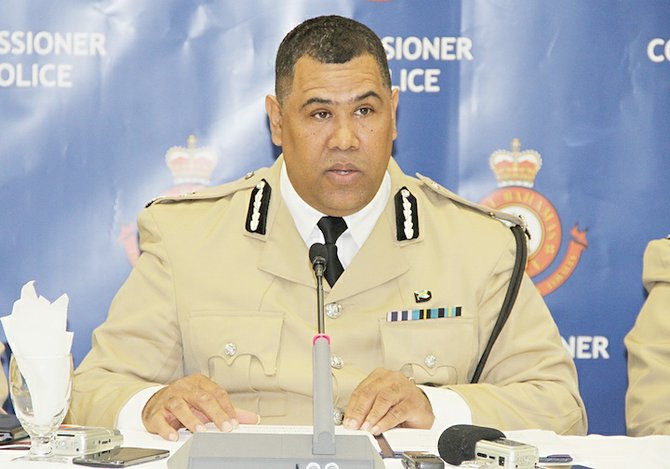 POLICE Commissioner Ellison Greenslade is concerned that without the public’s assistance, the men responsible for brutally murdering a wealthy British farmer in Grand Bahama last week will commit other crimes.

While admitting that investigations into the matter have been extremely challenging for Bahamian authorities, Mr Greenslade said the Royal Bahamas Police Force’s work was progressing.

Edgar Dart, 56, was killed by a gang of armed men last Tuesday in his mother’s luxury home in Emerald Bay, Grand Bahama.

It is reported that his relatives, including his 13-year-old son, George, all of whom the intruders had tied up, helplessly watched in horror as he bled to death after being shot.

While the murder of Mr Dart in addition to the shooting death of a 15-year-old girl outside a Grand Bahama night club, and the separate shootings of two men just hours apart two weeks ago have attracted local and international attention, Mr Greenslade repeated that there were no crime trends on the island with which he was concerned.

“My concern is that if we don’t get those bad people off the streets they are probably going to re-offend that is the danger. And so while we don’t wish to scare people, the stark reality is that the modus operandi of those criminals makes us very uncomfortable and we need to bring those criminals to justice.”

Mr Greenslade praised the work of authorities in Grand Bahama, saying that although there have been instances of serious crimes, the offenders were quickly brought to justice.

“There is no crime trend in GB that concerns me, and I state it again for the record, we have had murders recently in Grand Bahama, which are cause for concern. They are being investigated, as a matter of fact three of the previous matters were wrapped up to the extent that people were arrested, weapons were recovered and they have been charged before the criminal courts.

gives one a lot of confidence in our Bahamian police force doesn't this?...

Commish is delusional, with those murders how many attempted murders, serious assaults, robberies are happening that r being reclassified. Attempted murders should have its own crime category as unsuccessful murder attempts & reported as such. Lastly these individuals presented a grave danger to society before this crime, nothing has changed except they killed someone who matters, in a community that matters. All crime committed against anyone regardless of social status must be treated the same in order to break barriers in fighting crime.