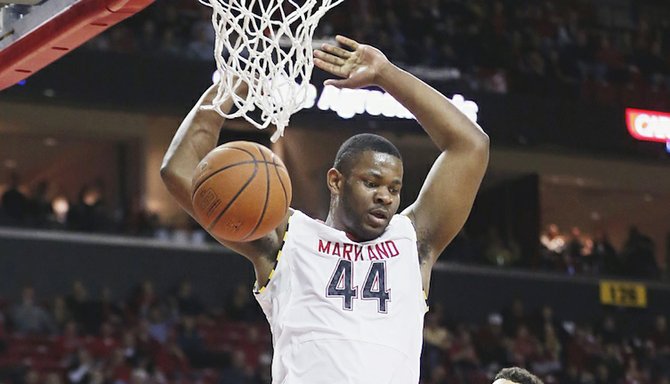 After a pair of disappointing seasons, Bahamian collegiate basketball player Shaquille Cleare will continue his NCAA career with a new programme in the Fall 2015 semester.

Cleare will transfer from the Maryland Terrapins in the Atlantic Coast Conference to join the Texas Longhorns in the Big 12.

The Longhorns Athletic Department made the announcement last week and noted that Cleare signed an athletic scholarship agreement with the programme and is set to enrol in classes this summer.

Cleare will be allowed to practice and workout with the Longhorns. However, he will be ineligible to play or travel with the team for the duration of the 2014-15 season.

When his career resumes in the 2015-16 season, the junior centre will have two years of eligibility remaining.

Cleare joined the Terrapins’ programme as a highly touted recruit out of the Village School in Houston, Texas, where he averaged 26.5 points, 10 rebounds and three blocks per game.

Following his stellar high school career, Cleare appeared in 37 of 38 games for the Terps, including eight starts. He averaged 3.7 points and 2.7 rebounds in 12 minutes per game as the team finished 25-13, 8-10 in the ACC.

After a promising freshman year, Cleare was pegged as a starter by head coach Mark Turgeon, but eventually split minutes and lost time to reserve forward Charles Mitchell.

His offseason was plagued with a nagging back and he also lost nearly 30 pounds due to a rigorous offseason workout regimen.

During much of the preseason, Cleare was limited in workouts and practice and the Bahamian public missed an opportunity to see him play at home as he was sidelined when the Terrapins participated in the BBF’s Summer of Thunder last July.

As a sophomore, Cleare averaged three points and 2.5 rebounds in 13.8 minutes per game while appearing in all 32 games with 20 starts.

In both seasons with Maryland, Cleare and the former ACC powerhouse failed to reach the NCAA tournament.

He was one of three members of the Terps programme to transfer this offseason along with guards Nick Faust and Roddy Peters.

In a statement released on the official website of Texas Longhorns Athletics, Loghorns head coach Rick Barnes said Cleare will be a welcome addition to add depth to the Texas front court once he gains eligibility.

“Our staff and players are excited to welcome Shaq to our basketball family,” Barnes said. “He is a player who we obviously recruited while he was in high school, so we’re very familiar with him. Shaq will add an additional physical presence to our team. We’ve always been high on Shaq’s ability. We believe that with a year off to improve, he will become a vital part of our future. But most importantly, he is a fit for our programme.”

In an interview with the Tribune following the conclusion of his high school career, Cleare said he chose Maryland because of the high level of competition in the ACC.

Seven teams from the Big 12 received bids to the 2014 NCAA tournament.

What's the deal with Bahamian NCAA basketball players and transferring. The percentage is just way too high among Bahamian players.Stick it out put the work in on the practice court and you'll get meaningful playing time. Transferring wouldn't solve anything your just taking the root problem to a different School.