Serial Killer Challenges Sentence For Manslaughter Of His Lover 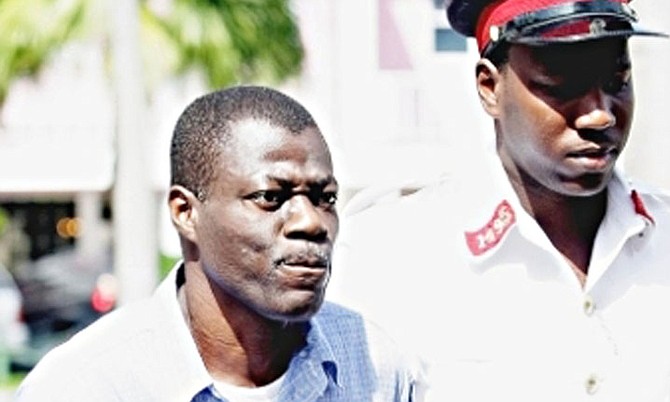 A CONVICTED serial killer appeared in the Court of Appeal yesterday indicating his intent to contest a life sentence imposed on him by the appellate court seven years ago for the manslaughter of his live-in lover.

Cordell Farrington, 46, told appellate judges that when a different panel of judges had substituted his murder conviction and death sentence with manslaughter by diminished responsibility for the 2002 slaying of Jamal Robins, they had done so without hearing submissions from him.

“You did not make any submissions?” Justice Abdulai Conteh probed.

“I didn’t have the opportunity to do so” Farrington said.

“The principle you’re trying to impose is the result of the Dominic Moss ruling by the Privy Council?” Justice Anita Allen asked.

The London-based Privy Council had sent Moss’ case back to the Court of Appeal for a new sentence after it ruled in November 2013 that the local appellate court should have heard arguments from Moss’ lawyer on the appropriate sentence before sentencing him to 25 years.

Moss, who was released from prison in his resentencing in May this year, had been convicted of the murder of 19-year-old Samantha Forbes in 2000. She had been sexually assaulted and decapitated.

The charge was reduced to manslaughter on appeal because Moss was drunk when the crime was committed and the law requires the Crown to produce evidence that there was an intention to kill for the murder conviction to stand.

Justice Allen said yesterday that an adjournment would be best to allow the court to locate and review his file, which should contain the appellate court’s judgment and other information relevant to the matter.

Ambrose Armbrister, Crown respondent, informed the court that Farrington, prior to his initial conviction for the murder of Robins, had confessed to the murders of Junior Reme, Mackinson Colas, Desmond Rolle and Deangelo McKenzie, which also occurred in Grand Bahama.

The prosecution, in 2010, accepted pleas of manslaughter in the boys’ deaths because Farrington was suffering from a severe personality disorder at the time of his crimes and he received four life sentences as a result.

Justice Allen said that this would not arise as an issue because the appellate court had not dealt with the other matters mentioned previously because they were live before the courts.

Farrington, who said initially he wished the court to also take the four subsequent sentences into account, confirmed that his appeal was solely in relation to the Robins case.

He then proceeded to request of the court to have his appeal argued by Romona Farquharson-Seymour, who was seated in the Claughton House courtroom.

“You’re asking the court for the assignment of counsel?” Justice Allen asked.

“He said he’d written to me and I have not received the letter but I did say to him I have no objection to representing him,” the lawyer, who had represented him eight years ago at trial in Supreme Court, said.

“So we make an order for an assignment of counsel at the public’s expense,” Justice Allen ruled, before adjourning the matter to March 30, 2015, for substantive hearing.

Justice Allen said she would not be sitting on the presiding panel as she was the trial judge when he was convicted and initially sentenced to death.