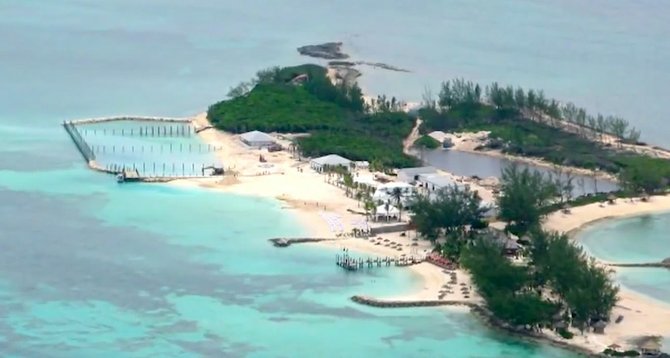 The Attorney General’s Office has admitted that the Government’s appeal over the $8 million Blackbeard’s Cay project was thrown out because it was asleep on the job.

Marvin Hanna, an attorney with the Attorney General’s Office, admitted in a December 9, 2014, affidavit that it was his department’s ‘inattention’ that resulted in it failing to meet the Court of Appeal’s 45-day deadline to file the ‘Record of Appeal’.

Mr Hanna, in documents seen by Tribune Business, admitted that the Court of Appeal registrar ordered that the Record of Appeal be filed within 45 days of September 25, 2014.

This gave the Attorney General’s Office until November 9 but, as revealed by Tribune Business last week, it missed the deadline, resulting in the Court of Appeal dismissing the action on November 14, 2014.

“The reason for the delay was inadvertence on the part of the appellants [Attorney General’s Office and the Government],” Mr Hanna conceded in his affidavit.

He added that the Government side was now seeking the Court of Appeal’s “indulgence” to “reinstate the appeal, and to condone the late filing of the record” in its battle with environmental activists, reEarth.

The Attorney General’s Office is now in the process of filing the appeal record, and Mr Hanna alleged that the Government had “a strong and arguable case which is likely to succeed on appeal, and that the justice of the case determines the matter to be heard.

“The respondent [reEarth] has suffered no prejudice by the delay, which we content is not inordinate as they have no personal interest in the matter,” he further claimed.

The failure by the Attorney General’s Office has, though, potentially jeopardised the future of the $8 million Blackbeard’s Cay tourist attraction and the 100 Bahamian jobs that it supports.

Fred Smith QC, the Callender’s & Co attorney and partner, told Tribune Business earlier this week that in light of the appeal’s administrative rejection, he was awaiting instructions from his reEarth clients on how best to enforce the Supreme Court judgment they had obtained.

Justice Stephen Isaacs’, verdict if not overturned, effectively spells the end of Blackbeard’s Cay, in its current form, as it quashed the dolphin import licences and required the mammals to be moved to a different location.

He had also granted the request by the reEarth environmental activist group to quash the preliminary Site Approval Plan for Blackbeard’s Cay, and ordered that the Government halt its land development.

The Government was ordered to mandate that the developer, Blue Illusions, and its principal, Samir Andrawos, return the site - located on Balmoral Island off New Providence’s north coast, opposite Sandals Royal Bahamian - to its previous state.

A final batch of Orders prevented the grant of Site Plan Approvals to Blackbeard’s Cay without public consultation over the project, and quashes the Government’s decision to permit the dolphin facility’s construction on Crown Land.

Sam Duncombe, reEarth’s principal, yesterday described the Government’s reinstatement appeal as a “stalling tactic”, and promised the environmental group would oppose it.

She added that the Bahamas’ reputation would also likely come under fire from international environmental and conservation groups, who were “in shock” at the Government’s 11th hour bid to keep its appeal alive.

Ms Duncombe said she could not understand why the Government had failed to simply “copy” court records and file them with the Court of Appeal, adding that this was “not rocket science” in the electronic age.

“The Government has clearly breached their laws, and don’t want to admit it,” she told Tribune Business. “Like they’ve continued to do on this case, and the way they’ve handled this development and God knows how many other developments they’ve whistled through the process, in the right way or not.

“Just because the Office of the Prime Minister approves the project, it doesn’t mean [government agencies] don’t have to do their jobs any more.

“It’s clear the Government breached their laws left, right and centre, and they don’t want to accept responsibility for that,” Ms Duncombe said.

“It’s a delaying tactic as far as I’m concerned, and how long are they going to do this? At some point, when are they going to be a responsible government and follow their own laws, like they expect the rest of us to?

“This is incredibly frustrating, and safe to say not unexpected. I’m not going to let it go, either. Do they expect us to back off? We won the case; deal with it. Here we are for the next round. We’ll see how the Court of Appeal reacts.”

The Blackbeard’s Cay case revolved around whether or not the Government had followed the statutory processes set out in law for granting the approvals and permits required by the developers.

Justice Isaacs found that it had not, and among the highlights of his ruling were:

• The minister of agriculture and marine resources, V Alfred Gray, failed to issue the Premises Licence before approving the dolphin import and facility’s operational licence.

As a result, the Supreme Court found that Mr Gray’s decision to issue the dolphin import licences was “clearly premature” in the absence a Premises Licence.

• The ‘preliminary’ site approval did not amount to full approval, which the judge found Blue Illusions had to obtain under the Planning and Subdivisions Act.

Craig Delancy, the building control officer at the Ministry of Works, had offered a building permit issued to the Blackbeard’s Cay project as being “equivalent” to Site Plan Approval, but Justice Isaacs said it was “patently clear” that the two were completely different.

• Justice Isaacs also criticised the “silence” and “deaf ears” approach adopted by the Government to reEarth’s concerns and requests for information on Blackbeard’s Cay.

• The initial Crown Land lease of the seabed to Blackbeard’s Cay’s initial developer, which was then sub-let to current operator Blue Illusions, was for a stingray attraction only - not a dolphin facility. And the original lease could not be “underlet” to anyone else.

Everything is going right according to the puppeteer's plans

And we wonder why lawyers get into politics and do the same crappy job!?....cause they have a history of doing crappy work!

Govt. was asleep on the job with CLICO too!!!

This is not an 11th hour bid to keep its appeal alive, but rather some 13th hour chicanery that only the AG's office would have the temerity to attempt.

Bungle is the operative word to describe my Government of The Bahamas ............ SIGH

The real question is was this an accident or an on purpose. The government clearly wants the development to proceed. It's like a lawyer prosecuting their beloved child, how much effort will they put into that? I'd miss every filing date, fail to locate witnesses, lose evidence, really what do we expect?

And where was the minister of crooked handshakes ?

Why is the Bahamian taxpayer footing the bill for this. Another waste of the peoples money. This is a private development should they not be paying the lawyer/court fee's?

The tourism industry generally is propped up by government subsidies, tax breaks, and perks that the other industries do not enjoy ............. just look at sand mining, agriculture and forestry