Abaco MP calls for immigration raids to be carried out humanely 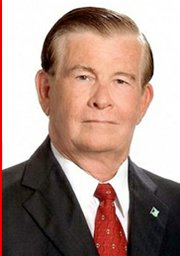 THE government should execute planned immigration raids in shanty towns in Abaco humanely and with consideration for the large number of Bahamian dwellers in these communities, Central and South Abaco MP Edison Key said.

Mr Key explained that the Mud and Pigeon Peas settlements are also populated by Family Island residents seeking low-cost accommodations, adding that some families of Haitian descent have lived there since the country’s independence.

He said that he supported the government’s new immigration policy, and hoped it would lead to improvements in the Christie administration’s ability to process eligible applicants for citizenship or permanent residency.

“Those that are there illegally, whatever the government’s rules or regulations put forth I guess they will have to abide by it,” Mr Key said during a recent interview with The Tribune. “I think persons who have been here for many years and have family, their children are now grown, I think they should all be regularised.

“In Abaco, there are a lot of persons who live in the Mud or Pigeon Peas who are not of Haitian descent, some of them from Exuma or all over the place. They go there so they can get a cheap rental.”

Immigration and Foreign Affairs Minister Fred Mitchell revealed earlier this month that the Immigration Department would begin “major operations” on the Family Islands next month. Mr Mitchell said exercises would start in Abaco, but will also spread to Exuma and Eleuthera.

According to the new restrictions, as of November 1, the government mandates that first-time work permit applicants who are residents of Haiti must fill out their applications and provide supporting documents at the embassy in Port-au-Prince.

It is also mandatory for all persons living in the Bahamas to have a passport of their nationality.

According to officials, persons born in the Bahamas to non-Bahamians will be granted a special residence permit that will allow them to work until the status of their citizenship application has been determined.

“The people cannot allow the country to be taken over by any foreign country and eventually they will own us if we continue to do it, but I think anyone who has been born here, and is 18, I think they should apply and the government should consider them for citizenship,” Mr Key said.

“Otherwise they have nowhere to go, because if they go back to Haiti they’re not Haitians. We have to be concerned about persons in that kind of position.”

Mr Key added: “Some of them don’t have family born here, there are Haitians living in these areas in Abaco probably been here for 40 to 50 years and some of them, many of them are permanent residents and also many of them have passports.”

He added: “Anywhere (immigration) goes they should be humane. These people are human, (but) when you look at Haiti we can’t afford to take care of their entire population, I think once we sort it out and the illegals are sent back home, I think it’s easy then for the government to regularise persons who really are eligible for consideration to be permanent resident or citizen.”

lmao lol you did not mince your words at all hahahhahaha

It's all about the votes, right Mr. Key? Yinna politicians would sell ya Ma for a vote. Abaco is going to end up worse than Nassau, mark my words.

It's a miracle... thank you Comrade Jesus! Hallelujah — I'm ready go home meet you now, that Marsh Harbour's Edison has finally broken his long MP's silence to spok-up for Abacoians - legal or illegal maybe not, matters not.

True to his colours Mr. Key has again proved he is only interested in the Haitians than the rest of his constituents.

Bravo! He has finally spoken on behalf of someone. Me believes he is trying to make points with the political party where his heart is.

Edison Key in his day made his small fortune in farming very large tracks of land in Abaco with foreign partners. Many who are old enough remember well how he orchestrated a great influx of illegal Haitians to work as slave labour on his farm land; he later proceeded to regularize as many of them as possible in exchange for their vote when he decided to enter politics many moons ago. Edison Key is known in Abaco as the father of the "mud" and "pigeon pea"! His legacy can only be: firstly a farming career he built by fostering illegal immigration for slave labour and secondly a political career built by giving his slaves Bahamian passports for his own political self-gain! How this man sleeps at night, God only knows!

Comrades just goes prove both PM Christie and Opposition Leader Minnis are incapable for disciplining their renegade MP's. Neither feels they have impressed the electorate to be inviting facing-off in by elections.

@TalRussell - who do you think should lead the PLP into the next election?

Comrade Voltaire unfortunately, political parties, regardless who leads them are much too principled for my liking. Sir Stafford had a saying: “It’s strange how many matters of principle turn out, on close examination, to be matters of principal.” Voters and candidates too often approach their matters of principal with - what is in this thing for me? No, a change of party leader has never in the long-term made much of a difference for the hard working decent people, who demand no more than an honest, sincere and compassionate governing party to respect, why they were elected by their constituents to the "Honourable" Peoples House of Assembly.

We need to get rid of party politics as we know it ............ lets go to proportional representation and the number of party MPs be determined by the percentage of votes per party.