The Black Out Result 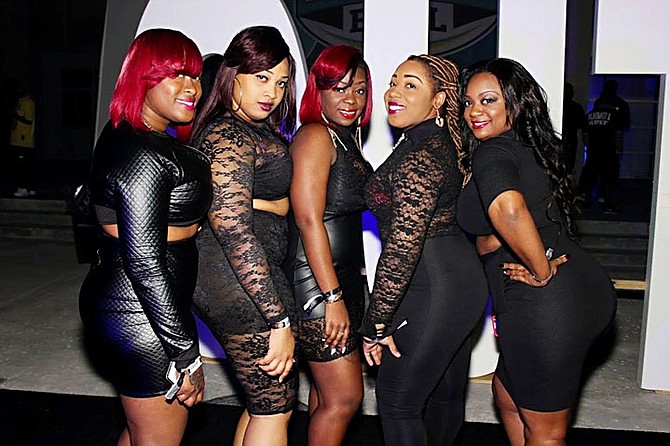 LIVING up to the brand’s reputation, K O Productions most definitely painted the town black on Saturday night as they hosted their 10th Annual BlackOut celebration.

The event was held at the Thomas A Robinson National Stadium for the first time ever and in Grand Bahama at the Harbour. Both parties were held under the theme “Let Loose”.

The inclusion of the Grand Bahama edition of BlackOut 10 was also a first for the series.

For years, K O Productions has added new concepts and creative expansions to the BlackOut parties – from new venues and entertainment selections, to the exclusive booth sections and the BlackOut beauties.

Showtime, a representative of K O Productions, said the overall results from this year’s BlackOut were very good. Turnout expectations for Nassau were met and the Freeport event was also deemed a success.

“Every area had a good amount of persons. It was pretty much filled in every area, but it wasn’t filled to the point where people couldn’t walk past each other. It was full but very comfortable,” said Showtime. He said the success was equivalent to that of previous BlackOut events.

In terms of the entertainment, some of the BlackOut 10 highlight performances were by Papa Smurf and the Willis and The Illest Band. For the first time, K O Productions also had the Enigma Carnival Group that took over the soca section in the VIP section.

“Every area had different music and a different feel so if you wanted to pretty much wild out you go in general admission, if you wanted to let loose, that was the carnival zone, and then of course the lounge area included a food section and recreational casino games,” Showtime said.

The promoter said people travelled from all over the islands to attend BlackOut 10, and many party-goers told him they had never been to an event like that before.

“It was so plush with the various areas and people taking pictures on the black carpet. Of course we have to give thanks to Greg Wilkinson for his part in the whole design and vision of it,” he said.

Showtime said with BlackOut being the first to hosts an event of this size at the National Stadium it has opened avenues to additional revenue streams for the stadium.

“I can see them getting a whole lot of calls as a result to this event, because now people can see the transformational possibilities of the stadium. At first people saw it as a venue for sports events and seated events, but now it can be booked for corporate social events or larger concerts. It is an all-season venue,” said Showtime.

As for the future of K O Productions, Showtime said they are working on a number of events for 2015.

“We want to do a carnival collaboration with the Carnival Commission. We are looking at hosting a big summer event, and of course at the end of the year we have something very special in store for BlackOut 11,” he said.