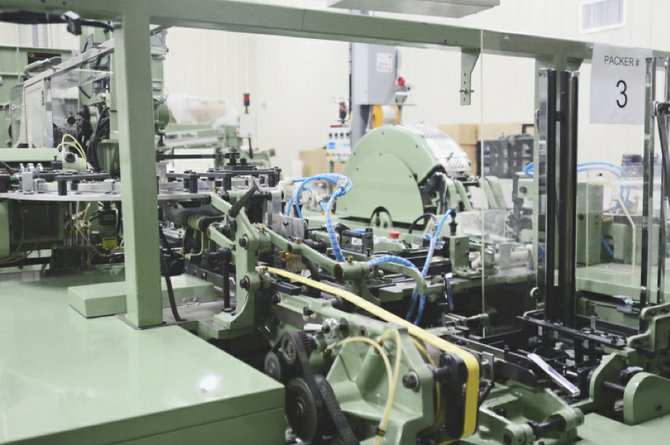 A Bahamian-owned tobacco manufacturing start-up said yesterday it would pursue legal action as a “last resort” if it is unable to obtain an Excise Tax exemption on domestic sales, adding that its business model had been thrown “totally out of whack”.

Top executives with the Bahamas Cigarette & Tobacco (BC&T) Company said the failure to obtain the exemption to-date had “drastically altered” the company’s profit and financial outlook.

“For us we would like to resolve this issue amicably. For us, legal recourse is a last resort but we have not taken it off the table,” said chairman John Wilson.

He added that the company’s business plan had been based on its registration under the Industries Encouragement Act (IEA) translating into full exemption from the 220 per cent Excise Tax on domestic sales.

“We registered under the Industries Encouragement Act, and all of our projections were based upon us receiving certain exemptions from taxes. The imposition of the Excise Tax in its current form  has drastically altered our outlook on the company and what profits the company will  be able to make,” said Mr Wilson.

“In addition, it will drastically alter our employment projections. We have already had to lay-off, in the last two weeks, three employees, and there is the likelihood we may have to lay off more unless we get some relief from the Excise Tax the way it is currently being applied.”

The McKinney, Bancroft & Hughes attorney and partner added: “At the moment we have 25 employees. We let three people go. We had anticipated at this stage having at least 60 employees working. Unfortunately, given the uncertainty now, if the Government will not extend any sort of rebate on these taxes to us, we are simply not able to bring in an additional 15 employees who we, quite frankly, had made offers to already to run our second line.

“They’re on hold. We can’t bring them on, and it’s likely we will have to let another five people go because we can’t compete with the foreign  product that has had a stranglehold on this market for well over 50 years.

“Unless we have some pricing advantage to allow the opportunity to get a foothold in the market, it’s going to be exceedingly difficult to build the company the way we intended. We have invested hundreds of thousands of dollars in getting this operation up and ready,” Mr Wilson added.

BC&T president and chief executive, Lionel Harris, said the company had reached out to the Ministry of Finance to resolve the issue but has yet to receive a response.

“We have sent numerous correspondences to government and the Ministry of Finance on this issue. We have yet to receive any response,” he said.

“It’s almost like they disregard you. It’s very disheartening and discouraging as a local businessman. You can’t just bypass us and lay out the red carpet for people to come in to invest, and the money goes out when they leave, while Bahamians are here investing. There should be some sort of incentive given to us, and which we are entitled to under the Industries Encouragement Act. We hope to get this resolved sooner rather than later.”

Mr Harris added: “We cannot wait. Time waits for no man. Time is money. The more time you take to deal with this issue, it costs us more each day.

“With respect to Customs, we sometimes have to pay them over $300-$400 every day just to be here. That hits my bottom line. When they order Stamps it’s shipped to them. Why do you have to trust them more than me?

“I want the Stamp on because I want contraband kept out of business, so we can do well in the Bahamas. It makes no sense for me not to put the Stamps on. If you cut taxes for one person in the industry, it should be done straight across the board. All local manufacturers should receive the same benefits.”

Mr Wilson said the company was concerned over what appeared to be the uneven application of investment incentives. “We also have issues with the unevenness of the application by the Government of these various concessions,” he said.

“You see that they give it to others but don’t give it to some. If you’re going to grant any concessions it ought to be across the board.”

“We don’t know what’s happening with our competitors. It was reported one day that they said they can’t make this work, if they have to pay the Excise Tax at this level. Then a story came out that they had come to a happy compromise,” said Mr Wilson.

The situation has again raised the issue of whether the Bahamas should nurture home-based companies by providing them with tax breaks and other favourable incentives and treatment not granted to foreign competitors.

Both Mr Wilson and Mr Harris argue that a local business “absolutely” should be given preferential treatment over foreign importers, noting that Bahamian manufacturers were placed at a significant disadvantage by having to hit the ground and compete with the likes of Rothmans, Marlboro and Dunhill “one to one.”

“It is completely irrational and illogical from my perspective as to why the Government would not want to encourage local industry that helps to stimulate the economy, provides local jobs, in favour of maintaining the status quo that benefits foreign importers,” Mr Wilson said.

“At the moment we are working for the Government. In order for us to move our product, we are challenging established brands. It is exceedingly difficult for you to price your product at the same price as the established product, and a customer comes in and purchase your product.

“In order to move our product and keep our people working, we essentially had to sell our product at that price so that we could pay Customs.”

“It doesn’t leave much room for me to make any money. They should meet us half way and give us a 7.5 per cent rate, which gives them half of the $1,500 and I’m able to take half, pay my staff and make a little bit of money.”

Wow, a tobacco manufacturer is angry with the government because it wants a tax exemption to sell a product with huge negative externalities that will in addition to the tax exemption will probably costs society more than 1000 times the tax exemption in health and social costs from cigarette consumption and the effects on passive non-cigarette users. No thanks, society should not be compelled to subsidize a product that even when used as prescribed will lead to that society incurring additional future costs. Pay your taxes!