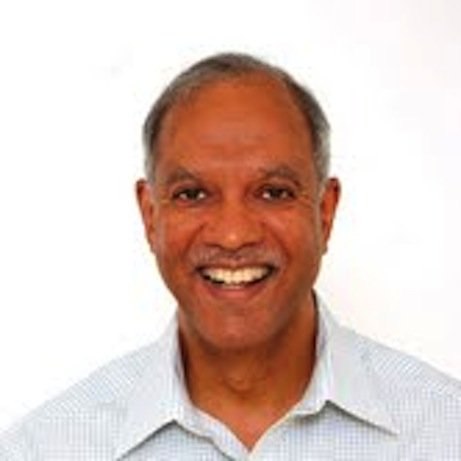 The Bahamas is losing nearly $3.5 billion to the “internal brain drain” caused by low worker productivity, a well-known eye doctor yesterday arguing this was having a greater economic impact than the loss of 61 per cent of tertiary-educated Bahamians to jobs abroad.

Dr Johnathan Rodgers, commenting on a recent Inter-American Development Bank (IDB) report, said its findins were not entirely new, charging that the Government’s primary focus should be on increasing national productivity by improving the education system, diversifying the economy, increasing the ease of doing business and adopting a smart Immigration policy.

“If Government fails to achieve these objectives then GDP growth will remain stagnant and the national debt will continue to grow as our standard of living simultaneously declines,” Dr Rodgers warned, adding that the resulting ‘internal brain drain’ was costing the Bahamas a sum equivalent to 63 per cent of its national debt.

“The internal brain drain refers to the lack of productivity of many of the students who are graduating from Bahamian schools on an annual basis. Many of these young people are graduating without the prerequisite skills to be productive in the work place.”

He added: “This creates a major demographic problem because in all economies the most productive years of a person’s life are between the ages of 18-45.

Expanding his theory further, Dr Rodgers said: “The IDB study indicated that the GDP loss to the Bahamian economy due to the external brain drain is $350 million.

“Thus the total loss associated with the internal brain drain would be slightly less than $3.5 billion. This is no small sum of money and is equal to 63 per cent of the total outstanding national debt.”

Dr Rodgers who examines the ‘brain drain’ issue in his book ‘The Bahamian Dream’, added that some of the negative economic consequences of the ‘external brain drain’ were obvious and others not so.

“The easiest way to examine the economic impact of the brain drain is to consider every student as an investment. Both private and public money is invested in a student from the day the student is born until he or she graduates,” he added.

“But after graduation, if the student does not return to the Bahamas, then the return on that investment to the Bahamian economy is virtually zero. This is because all of the productive output of that student now accrues to the US or Canadian economies.

“It can be argued that, in some cases, there may be some repatriation of some of their earnings but, in most circumstances, I would estimate that these amounts would be insignificant given the fact that the Bahamas is a net sender and not a net recipient of remittances to and from overseas.

“However, if the Bahamian economy continues to deteriorate, then there may well be some reversal in this trend and many families will be happy that their children stayed in North America. Conversely, because Americans are taxed on their worldwide earnings, there is a perpetual return to the US economy on the investment made into each US student irrespective of where they eventually find employment,” said Dr Rodgers.

“What is lost in this simple analysis is the creative potential of these students. It is thought that people are at their creative peak between the ages of 20-30, but the associated potential economic output generated by these Bahamian postgraduates never has a chance to be realised in the Bahamas because they are overseas during this crucial period.

“In economic terms, the external brain drain impacts every aspect of the GDP equation. The brain drain results in a lower levels of consumption and investment, zero return on government spending and a net export of brain drainers’ productivity.”

Dr Rodgers added that there are many reasons why Bahamian educated abroad may choose not to return to work in the Bahamas.

“Intuitively, these students understand that gone are the days when it was better in the Bahamas. They can see that the Bahamian economy is fractured, faulty, fruitless and future-less, and that this unappealing work environment is unlikely to change in the near to mid-term,” he said.

“Although, in the US, the level of unemployment and underemployment for college graduates is relatively high, there are still more job opportunities there than in the Bahamas. Furthermore, both the America and Canada governments recognise and appreciate the potential contribution of the foreign brain drain to the growth of their respective economies and have specifically geared their ‘smart immigration’ policies to facilitate this process.

“In contradistinction, the Immigration policy of successive Bahamian governments has been primarily focused on economic refugees who have become a net economic drain on the Bahamian economy.”

The Lack of education is by design, no educated society would put up with the supposed "leadership" this country has.

The reason why many Bahamians choose not to return to the Bahamas, is that they become enlightened as to the true state of the Bahamas in comparison to any other well-functioning societies.

In the Bahamas, the first casualty of un-enlightenment is the truth. When that goes out the window, hypocrisy enters and destroys any moral compass that may have existed. Diogenes of Sinope who searched for one honest man in his land, would be skunked in his search for that man in the Bahamas.

The corruption of Bahamian society is endemic and complete, and as the previous poster put it, the lack of education is by design.

The issue the doctor's book seeks to address can be summed up in one sentence: "The history of mankind has shown us time and time again that insecure and/or corrupt governments have a vested interested in dumbing down their electorate in any way that they can, whether it be by doomed to fail public education policies or uncontrolled illegal immigration of the substantially illiterate; after all, no dishonest politician likes a well educated discerning voter!"

IDB has been warning governments for decades that the Bahamas was on a path to failure and has offered best practice solutions to many problems we now face.

Both PLP & FNM governments have ignored these warnings and continue to ignore them today.

Only the legal profession is 100% protected from foreign participation. i.e. should one have a legal case and is in need of a QC, that foreign QC is obligated to work under a Bahamian lawyer.

The politicians being mostly lawyers have made dam sure to protect their bread and butter but to hell with the rest of us.

There will never be a solution to the brain drain in our country until we rid ourselves of the PLP and FNM who control all the major monopolies in the Bahamas.