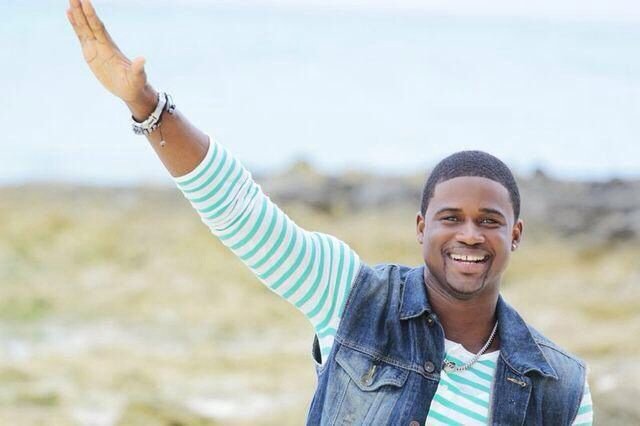 IT’S a sound that Bahamians music fans have heard and experimented for several years and now it has a name – “Junka-Pop”.

Most people may not realise it, but they have already been introduced to “Junka-Pop”; it’s island-vibe Junkanoo-like sound, said Bahamian singer and entertainer Julien “Believe” Thompson.

Speaking with In Ya Ear, he said the sound is something that musicians in the Bahamas have always experimented with and now young musicians have given it a label the same way Charles Carter gave rake n’ scrape music its name.

“It is a sound that I have been experimenting with for several years. It is Caribbean music fused with the Junkanoo drum and instruments. You will always hear in Junka-Pop the tom-tom drum, a single cow bell and the whistles. That is the simplest way to define it,” he said.

Julien said the sound is very commercial and compared it to Baha Men’s “Gin & Coconut Water” and “Going Back To The Island”. He said a lot of his influences have come from the early Baha Men music.

“The drum part of it sounds very native. It has been used in my ‘Caribbean Slide’ song, a very small element of it. My ‘242 Forward’ song definitely has it and I have two new singles on the way called ‘Ding-O-Lay’ and ‘Police Dem Come’ that both have the sound incorporated. When people hear it, I have been getting feedback with them saying they have never heard the drum sound so sweet like that. Bahamians love reggae and dancehall music, and being a musician knowing what people like, I took some of their influences and infused it with ours,” said Julien.

He said for a lot of young musicians grew up during the time where there was not much rake n’ scrape being played on the radio stations, but he hopes the new “Junka-Pop” sound will soon change that.

“The Bahamas is a melting pot for music because of our culture and location to America and the rest of the Caribbean; that is why we have been always troubled as it relates to what our sound or what our culture is. I think we have to now give definition to what it is. We are at that point now where there is a Renaissance taking place with music.

I have been working very closely with artists D-Mac and Angelique Sabrina as it relates to ‘Junka-Pop’. I also recently had a great meeting with Fred Ferguson and we are coming together to make this work. I have a new found respect for all these artists because they are all great. Everyone was all in their corners doing their own thing, but I think this sound of music is going to bridge the gap and bring us musicians closer,” he said.

Julien said the ‘Junka-Pop’ sound is here to stay now, especially now that it has a label. As long as he is alive, Julien said he is going to be pushing it.

“The younger generation in particular, I know they are going to tap into this sound, a sound that has always been here. Just stay tuned, get ready to dance and be proud,” he said.

With ‘242 Forward’ making great waves, Julien said he thought the song was a good transition from his previous hit, ‘Caribbean Slide’. However, he said it is still a dance song that every person in the country can participate in.

“It just has more Junkanoo to it, and having that flavour in the song worked in our benefit. It is a very patriotic song and so far it has been good. It is building, getting out there and will be one of those songs that is going to be out there forever just like the ‘Caribbean Slide’. It was the theme song at the recent IAAF World Relays held in the Bahamas. It played every time someone won a race and they adopted the song. We are going to be using it for a lot of marketing around the country as well,” the singer said.

Julien said he also can be heard on radio stations singing on a commercial for Kalik’s new Radler beer.

“It is all about making this a business and being able to live off of it and survive, so all of that we have taken into consideration,” said Julien.

He thanked his supporters for nominating him for an Bahamian Icon award. Julien will also be performing at the awards ceremony.

He said he also has in the works a very unique Independence performance.

“For the next weeks we are going to be focused on those performances. As a people we have to move forward, upward, onward and together and create some sort of order,” said Julien.