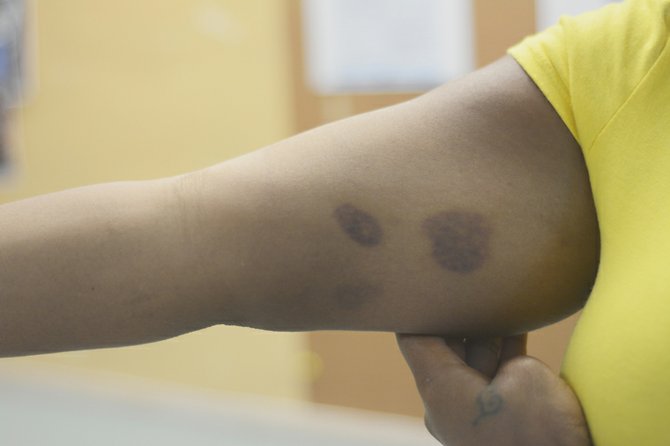 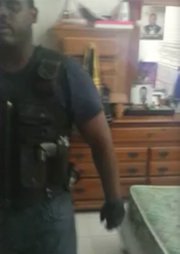 LAWYER Christina Galanos has offered her services, free of charge, to a woman who claimed she was attacked by three plain clothes police officers while she was completely naked during a search of her home last Saturday.

Ms Galanos, owner of Law firm CG Chambers, told The Tribune it is her duty as a Bahamian to ensure that the country does not become a police state. She said it would be heartbreaking to know that the woman who made the report could not get justice because she may not be able to afford a lawyer. 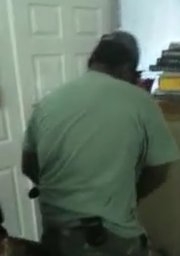 “I think that based upon what I have been hearing here and there it appears to be a rise in these kinds of instances where police officers are doing things without regard to the rule of law,” she said. “All too often you hear of instances where it seems as though the Bahamas is a police state, but it is not a police state and people have rights and due course.

“When something like this happens we write a front page story and then it goes away. But for me this is personal, it is a matter of love of country. I do not want my children, or my grandchildren or anyone’s children growing up this country. Too many things like this go unchecked, something has to happen, it has to be addressed. 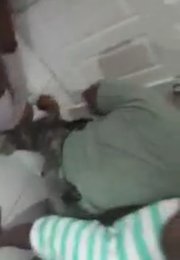 “It would break my heart if something like that happened to someone in my family and it isn’t given the proper attention simply because you do not have the funds. This is about country and ensuring the rule of law is observed. You cannot do this to people. If you are looking for someone or something there is a way to go about it. It breaks my heart that police do these things to certain people because they think they cannot afford a lawyer.”

Ms Galanos added that members of the legal community should step forward to help when they hear of reported injustices or violations of a citizen’s rights.

“I have to help if I do not, I am a part of the problem,” she added. “I will help her, I don’t care if she has zero dollars: she will get the representation she deserves.”

Her generosity came one day after Lauralee Strachan and her daughter Jaqua told The Tribune that officers barged into their Johnson Road home, allegedly without a warrant, to search for someone who does not live there.

Jaqua said she was sitting in the living room with her cousin, her sister and her cousin’s baby, when it is claimed that the officers broke down the door around 11am on Saturday.

Jaqua said the women in the living room repeatedly asked the men who they were, but received no answers.

“My mummy was in the bathroom taking a bath and she peeped out to see what was going on and she asked me who they were and I told her I didn’t know,” she added. “So she went to go put on some clothes and at the same time one of the guys pushed me and I pushed him back because I didn’t know who he was.

“They went in the room and I stood by the bathroom door and he tried to pull it open and my mommy was in there. I figured out that they must have been police at this time, so I asked if they had a warrant and still no one answered me.

“I refused to move from the door because my mommy was in the bathroom and he threw me down and the other officer tried to hold me down. He was choking me and trying to cuff me and I couldn’t breathe. So I screamed to my mother that I couldn’t breathe and when she came to the door, she still had a towel on and they pushed her and kicked her to the floor and the towel came off and she was naked.”

Jaqua said she was eventually handcuffed, but ran to a neighbour’s apartment a few feet away to beg them to call the police. She said she stayed there until she saw a police car she recognised.

Meanwhile, her mother said she put a towel around her body and ran outside screaming for someone to call 911. A portion of the incident was captured on Mrs Strachan’s younger daughter’s camera phone.

The women said they were both eventually arrested and taken to the Elizabeth Estates Police Station, where they were held for 48 hours before being released.

Mrs Strachan and her daughter said they filed a complaint at the police force’s Complaints and Corruption Unit on Monday morning, but were told it could take up to six months before anything is done.

When contacted by The Tribune, an officer from the Complaints and Corruption Unit, who did not want to be identified, confirmed that Mrs Strachan and her daughter did file a complaint on Monday and that the matter is being “actively investigated”.

Watch the video of the police raid on our website tribune242.com

Corruption starts at the top not middle. This sort of nonsense has always been condoned by the PLP and FNM governments.

We can all vividly remember the gangster demeanor of Hubert Ingraham as Prime Minister.

Both governments have used police as goon squads for decades. It could not exist without their blessings.

Thank you Christina Galanos for helping these people. I sincerely hope others in your profession take a similar stand against these monsters.

Not every police may be a member, but the police force is the biggest GANG in the Bahamas!

Hopefully the Government won't "lose" her law license and she will be able to continue earning a living.