Pm 'In La La Land' On Bimini As Top Ppp 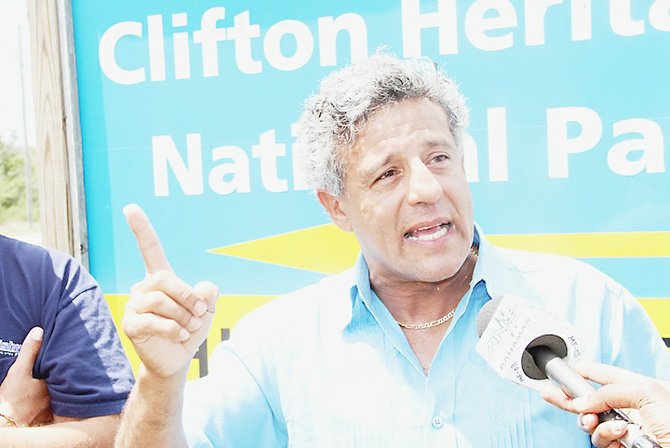 Bimini Blue Coalition lawyer Fred Smith claims the documents sent to his team are not the relevant ones.

Fred Smith, the lead attorney for the Bimini cruise terminal’s opponents, told Tribune Business it was “laughable” for the Prime Minister to laud the project to other Caribbean leaders at this week’s Heads of Government conference in Antigua.

In his address to the CARICOM meeting, Mr Christie said it was a “must do” for the Bahamas to involve private capital and management in meeting this nation’s infrastructure needs across 26 islands.

“The embrace of the three Ps, the public-private partnership, is a must do for a state like the Bahamas, where we must replicate infrastructure like airports, hospitals and schools in 26 different islands and multiple population centres,” he said.

Then, referring to the CARICOM Heads of Government meeting next February, which is scheduled to be held at the newly-opened Baha Mar resort, Mr Christie said the words that aroused the ire of Mr Smith, and his Save the Bays and Bimini Blue Coalition clients.

“I would like to invite you to come and see the island of Bimini and the example of the PPP at work with the Resorts World, a subsidiary of Genting, a Malaysian company,” the Prime Minister said.

In response, Mr Smith told Tribune Business: “I am appalled that the Prime Minister should so shamelessly promote the devastation in Bimini as an example of a PPP.

“Bimini embraces all that is bad in development in the Bahamas......., the consequences of which will haunt the Bahamas. Even the Law Lords at the Privy Council commented on how extraordinary some of the events were surrounding the Bimini development.”

Both the Government and Resorts World will vehemently disagree with Mr Smith’s assertion, arguing that they are bringing much-needed employment and economic activity to the island, and have the support of most Biminites.

Still, pressing on, the Callenders & Co attorney and partner added: “A review of the 2012 Heads of Agreement with Resorts World Bimini shows very little by way of benefit for the community.

“It is all a giveaway of taxes, concessions and opportunities for private profit. A legitimate PPP would have involved proper planning, consultation at the national and local level, involvement of stakeholders, and a deliberate, mature consultation process - not a rush to impose an invasion, rather than an investment.”

Mr Smith pledged that he and his environmental activist clients would  “fight to the bitter end” any attempts by Resorts World and the Government to develop land previously earmarked for a proposed Marine Protected Area (MPA) on North Bimini.

“I consider the PM to be living in la la land when he says that,” Mr Smith added of the Prime Minister’s CARICOM remarks.

“Obviously he has no appreciation of what a sensible, symbiotic PPP can be where everyone can participate and contribute to sensible decision-making in a transparent and mature fashion, and which is not secretive.”

Calling again for the Government to pass a Freedom of Information Act, and release all documents and arrangements involving its dealings with Resorts World Bimini, Mr Smith added: ‘The touted PPP in Bimini is laughable.

“There has been no infrastructure improvements to Bimini. No provisions have been made for medical facilities, fire and rescue, police, transportation, roads, sewerage, water and garbage.”

These improvements, including a Master Plan for Bimini, were pledged in the Environmental Impact Assessment (EIA) for the Resorts World cruise terminal project.

But they appear to have been made ‘after the fact’, meaning after the Resorts World project was underway and approved, and the developer seems to be concentrating on completing its project first.

“If we are embarking on a new era of PPPs for anchor projects in all 26 islands, now more than ever, we must promote respect for the locals, their culture and land, and marine environment. We cannot keep giving away the Bahamas for private profit,” Mr Smith said.