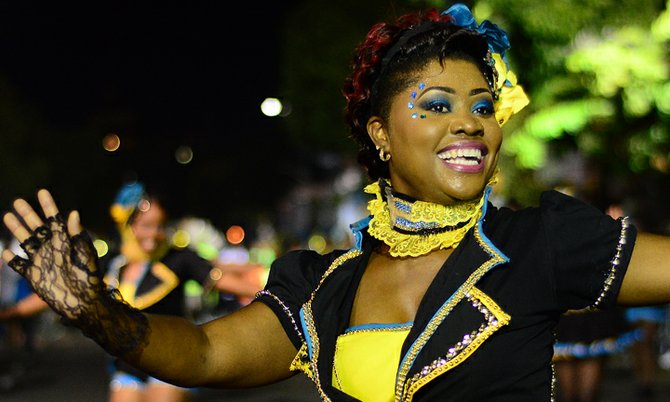 As the country gears up to celebrate its 41st anniversary of independence this week, it is clear that Bahamians do have many reasons to be thankful. We have a stable government, the stagnant economy appears to be slowly getting better and while crime and a high rate of joblessness continue to plague our country, things are not so bad.

However the gender discrimination that remains in our constitution is a glaring reminder that the Christie administration has thus far failed to live up to its promise to hold a referendum to address the issue which puts Bahamian women at a disadvantage to their male counterparts.

The government missed its third self-imposed deadline for the constitutional referendum on gender equality last month. After it botched the gambling referendum in January 2013, it is no wonder that the Christie administration is hesitant to get the ball rolling on another similar process. However while the government was quick to galvanise the gambling vote (which mattered little in the grand scheme of things considering the Christie administration has disregarded the results of that poll and still plans to go ahead with the regulation the web shop sector) it seems slow to act on a referendum that will impact future generations of Bahamians.

Long Island MP Loretta Butler-Turner, who served as minister of state for social development in the last Ingraham administration, told Insight she is “livid” at the repeated delays in the constitutional reform process. She lamented the fact that the government seems hell-bent on regulating the underground web shop sector but has dragged its feet in bringing about constitutional reform.

“As a young nation, 41 years of age, we have had ample time to get it right,” she said. “We’ve been promised, we’ve been hoodwinked, we’ve been really lied to from last year. On July 10, 2013 we were supposed to celebrate the first year of full equality for women. Here we are at our 41st year, a year later, and the government has misled the people again. They (fell down) in their commitment to do what is right.

“Bahamian women, Bahamian families, should be enraged that this government has not seen fit to do the right thing,” she added. “But yet, here we are concerned about appeasing a small group of individuals in terms of gambling, even after the referendum. The government is spending huge resources to make sure that these people (web shop bosses) are catered to. Women should be outraged at the fact that the government places less importance and emphasis on them, their families and their children and more emphasis on their benefactors who they wish to appease.”

George Smith, a Cabinet minister in the Pindling administration, was one of several who helped frame the country’s constitution ahead of independence in 1973. He said he hoped the government would have held a constitutional referendum by now to not only remove the discrimination against women, but to hopefully address some of the other pertinent recommendations for reform made by the Constitutional Commission.

“We felt it was not a major issue at the time,” he told Insight, when asked why the discriminatory provision against women was included in the constitution. “Those of us who went to London in the cold month of December in 1972 knew that once we attained independence, all those other things could be dealt with. But the prevailing view at the time was that women followed the domicile of their husbands.”

Still Mr Smith believes the country’s constitution is not a flawed document and added that the issues that need to be addressed in the document do not reflect poorly on the country.

“In fact, we have fared well over the last 41 years, we have issues but we have a constitution that many have been content with but for those issues, gender inequality and others, it’s a constitution that has served us well,” Mr Smith told Insight. “Generally (as a country) we’ve done well. We’re very stable, we have an economy that’s resilient and it will get much better. Sometimes it’s easy to look at what’s wrong with the government, every country in the world has challenges.”

Speaking in the House of Assembly in July 2012, Foreign Affairs and Immigration Minister Fred Mitchell first announced the government’s intent to try to right one of the Progressive Liberal Party’s wrongs. Ten years after the PLP contributed to the failure of the first referendum which aimed, among other things, to remove the entrenched constitutional discrimination against Bahamian women, Mr Mitchell revealed the government’s plans to hold a referendum, that if successful, would grant Bahamian women the same rights as Bahamian men to pass citizenship on to their children.

“The government is committed to removing the constitutional anomaly which exists with regard to women and the ability to pass on their citizenship to their children,” Mr Mitchell said in 2012.

He added: “The government proposes to amend those provisions in the constitution with regard to discrimination against women, so that it is clear that gender cannot be a reason to discriminate against an individual.”

At the time the Fox Hill MP said the planned vote would take place within the Christie administration’s five-year term. Since then, Prime Minister Perry Christie has announced several different deadlines for the vote, all dates the government has missed, leaving women to wonder how seriously this government takes the issue.

The Prime Minister had said initially the vote would take place by June of last year, ahead of the country’s 40th anniversary of independence. However in February 2013, Mr Christie announced in Parliament that he had postponed the vote until late November of that year. He said he was acting on advice of Sean McWeeney, QC, and chairman of the Constitutional Commission. He added that the delay would give the government more time to launch an extensive education campaign and dialogue with the public on the important process.

“This is an extremely important undertaking, one that is vital to the orderly growth and development of our constitutional democracy, and the rights and freedoms we hold so dear. Indeed, I would go further and suggest that the process of constitutional reform is vital to the growth and development of our civilisation as a sovereign people,” Mr Christie said at the time.

But last October, Mr Christie announced that the November 2013 date had been postponed. He then said the process would take place by the end of June this year, after an extensive educational campaign.

The bills needed to effect the referendum were expected to be brought to Parliament by the end of last year. Mr Christie had also promised that these bills would have passed through the chambers of Parliament by February this year: however the bills have yet to be tabled.

When asked about the matter at the end of June, Minister of National Security Dr Bernard Nottage could not give the media a new date for the proposed vote.

“I cannot say anything other than preparations are being made for the constitutional referendum,” said Dr Nottage, who has ministerial responsibility for referenda. “Draft bills have been prepared and are being looked at. There will not be a referendum until such time as they have educated the majority of the public and that process will begin shortly.”

In 2002, the government, led by former Prime Minister Hubert Ingraham, held a referendum that asked voters, among other things, if they supported the removal of constitutional discrimination against women.

The majority of people who voted in that poll said no to all five questions.

More than 60 per cent of people who voted said no to the first question on that ballot, which asked voters to remove discrimination against women, their children and spouses in the constitution.

The PLP, which was in opposition at the time and led by Mr Christie, urged the electorate to vote no citing a flawed process. However the PLP had earlier supported the constitutional bills when they were brought to the House of Assembly for debate and a vote.

The Bahamas Christian Council also protested the constitutional referendum and had admonished the government from rushing through the process.

As we rightly celebrate the country’s independence this week, we must be grateful for the blessings this country has received. However, I think we must also demand progression from our government and hold elected officials to their promises.

Since beginning his second term, the Prime Minister has waxed poetically about the need for reform and the importance of placing women on equal footing with men.

Last year, Mr Christie said that the government hopes to amend the citizenship provisions of the constitution “to achieve full equality between men and women with respect to the acquisition and transmission of Bahamian nationality.”

However we have heard such promises from Mr Christie before. It is left to be seen if the work of the Constitutional Commission will be in vain or if the government will get the job done and complete a process which should have been over and done with more than a decade ago.