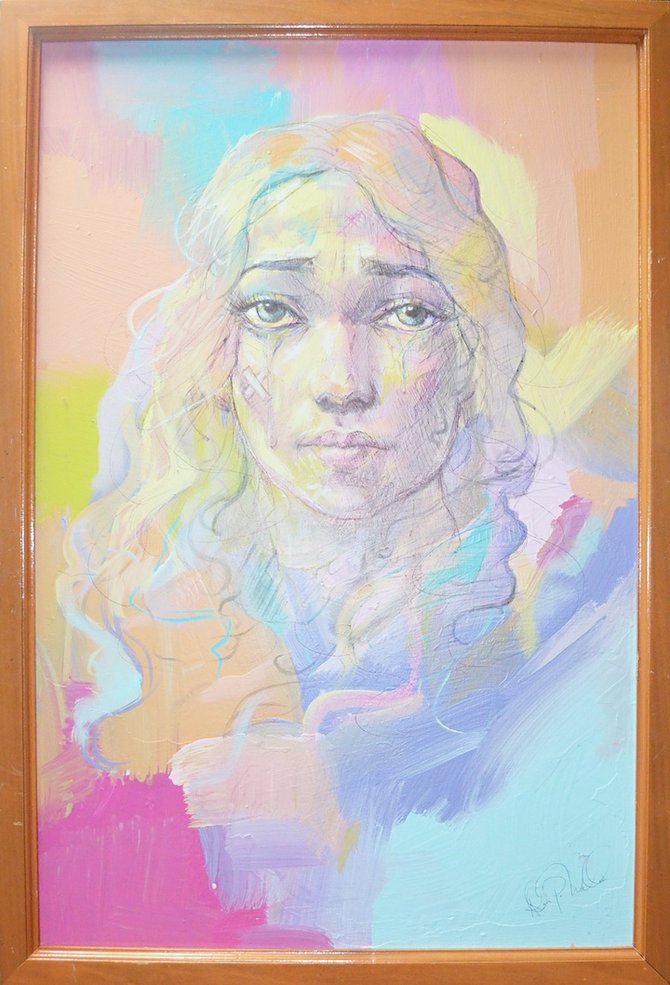 THE JOURNEY of 10 cancer survivors will be told in a unique art project spearheaded by artists of the Salus Project. Each survivor’s struggles and triumphs will be shared during the Cancer Survivor’s Portrait Series being showcased next month.

The project will be unveiled at the first Lavender Affair to be held on August 30 at Le Chateau on the Green (former Waterworld) in Freeport and presented by the Grand Bahama Cancer Society.

While the 10 survivors are expected to participate. Three have already confirmed their participation; they are Eleanar Bullard, Johnathan Clarke and Joy Lowe.

The series came together after artist Preston Hanna who, was contacted by a Lavender Affair organising member, approached Salus Project artists Yutavia George and June Collie with the concept. Other artists were told of the event, which inspired a discussion of how art and design could be included, since collaborating on projects is something done frequently among the group. “For the Salus Project, the aim of the works is to juxtapose art and design with wellness. We are specifically exploring the theme of cancer by participating in this Lavender Affair. The audience will have the chance to examine and consider the works of the artists. This is an effort to create a dialogue through art, to receive funding and to get solutions for wellness regarding cancer,” Yutavia told Tribune Arts and Entertainment.

The survivors will be selected and their portraits painted by eight artists from the Salus Project and two others.

“People can expect variety when it comes to the style of work in the portraits. Each artist’s working process and styles diverge, therefore their approach to the portraiture is varied. The aesthetics and media of each work correlates to the artist’s individual style. Some mediums that may be presented include oil, acrylic, graphite, charcoal, watercolour or ink. Also, persons should not expect these mediums to be presented individually. Some artists create mixed media works,” Yutavia said.

Yutavia also said the group is excited to present a body of work that raises awareness of a prevalent issue in the Bahamas.

“The artists chose to participate in this event because it highlights the Salus Project’s goal, which is to juxtapose art and design with wellness. The artists aim to showcase cancer survivors because their stories are a reflection of wellness. Their stories at the Lavender Affair stress the choices that can positively improve wellness,” she said.

Artist June Collie said: “Events like this show an effort to make changes in the Bahamas. It’s intent is to educate, to raise funds, and support the public, the families and the people who are affected by cancer. We want people to understand the seriousness of cancer; not only does it affect us here in the Bahamas, but worldwide. We need to realise how important life is.”

The Lavender Affair committee approved and also included other artists. They are also currently working with artist Pam Whylly-Ferguson.