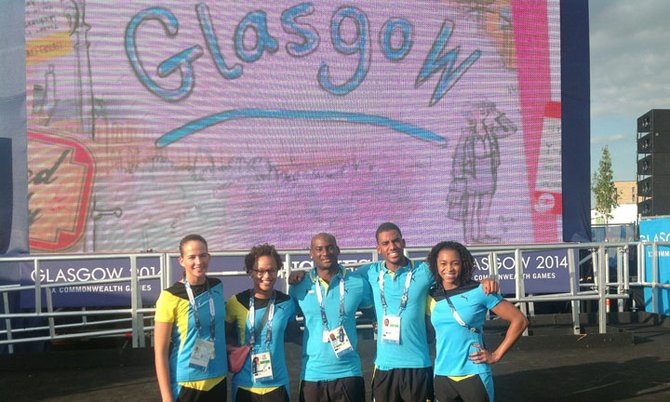 SWIMMER Arianna Vanderpool-Wallace adds another honour to her glittering career tonight when she carries the Bahamas flag at the Commonwealth Games opening ceremony in Glasgow.

The 24-year-old multiple national record holder will be the first female outside track and field to be her country’s flag bearer at the prestigious quadrennial event that stand just behind the Olympic Games in prominence.

“It’s a really big honour. I mean I feel like sometimes track and field get a lot of attention so it’s really nice that swimming is going to get the attention,” said Vanderpool-Wallace.

Although she was given the news before she arrived in Scotland, Vanderpool-Wallace said yesterday it is slowly sinking in that she will be leading in the Bahamas’ largest delegation ever to the Games. “I hope that one day I will also be the Olympic flag bearer,” she said. “But the Commonwealth Games is a very big event for the Bahamas and the world, so I am really honoured that I am carrying the flag.”

• Full coverage of the Commonwealth Games in the Sports section.