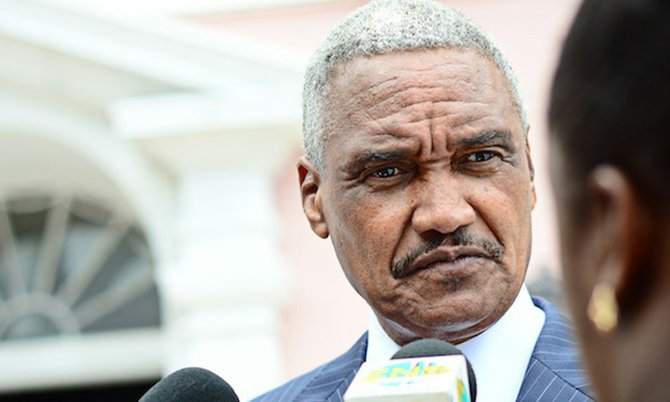 HAVE YOUR SAY ON BEC OUTAGES HERE

THOUSANDS of Bahamas Electricity Corporation customers were again without electricity yesterday after “generator challenges” at the Blue Hills Power Station interrupted the supply to more than 50 per cent of New Providence.

Guests at Atlantis on Paradise Island were inconvenienced for some time as well due to the cuts, with power not being restored to some parts of the hotel until 4pm.

Although BEC restored power to parts of the island yesterday, the corporation warned that power outages were expected to continue last night in certain areas. And as The Tribune went to press last night, there were reports from both eastern and western parts of the island of more power cuts.

Around 7:30am yesterday, according to BEC sources, a cable blew between the Big Pond substation and the Blue Hills Power Station causing power outages in eastern and southern New Providence.

Power was eventually restored to those areas around 10:30am but there was another outage about an hour later after a small “explosion” at the Baillou Hills plant, The Tribune was told. This time, in addition to eastern and southern New Providence, western parts of the island were affected.

Up to 5pm yesterday power was still off in parts of eastern and central New Providence.

“Two engines tripped at Blue Hill and the generator went on and off to protect itself,” a BEC source said. “Then there was a small explosion and the technicians are working to get those engines back on and running, we had to put in a spare switch or result to load shedding which no one wants.”

In a press statement released yesterday, BEC blamed the outages on “generator failures” at the Blue Hills Power Station.

BEC said teams were able to restore supply to some of the affected customers by 11:15 am and that 99 per cent of the customers affected had their supply restored by 2pm. However, BEC noted it had continued challenges yesterday after some customers had their services cut for a second time.

“The Bahamas Electricity Corporation advises its customers in New Providence that it is currently experiencing generator challenges at its Blue Hills Power Station. As a result, portions of the island are without electricity supply,” the release said.

“The corporation notes that at approximately 7:30am on Monday, several generator units at its Blue Hills Power Station tripped offline causing the outages. The corporation maintains that this is not an island-wide outage as approximately 50 per cent of customers have not experienced any loss in electricity supply. While the cause of the generator failures is still unknown, BEC teams are working aggressively to return those units to service and restore supply to affected communities as soon as possible.”

BEC said two of the generator units that failed yesterday morning continue to experience problems resulting in outages for customers in eastern New Providence and on East Street South.

“BEC expects that until the units return to service, customers in different communities may experience outages throughout the evening.

“In the meantime, an investigation into the cause of the outages will be completed; however, immediate efforts are focused on restoring electricity to affected communities,” BEC said.

The power cuts affected services at the Atlantis resort on Paradise Island.

Ed Fields, Atlantis’ senior vice president of public affairs, said Coral Towers, Royal Towers and the Reef were out of power until noon while Beach Towers was without power until 4pm.

“Obviously we have generators but in some instances, due to brownouts, we couldn’t turn those on right away,” he said. “(Luckily) most guests were out on the beach, it’s better (to have power outages) during the day than the night however it still affected the casino, IT, our phone systems and the air-conditioning.”

Mr Fields said it was too early to say if the resort will seek compensation for damages from BEC, nor could he say what losses if any the property suffered from the outages.

Some angry residents took to social media websites to vent their frustration on the power cuts.

One angry customer said on social media: “Every two to three minutes the power is going off. This is ridiculous. When is the government going to fix the problem? I swear, I am going to eat tuna for a year to save up and buy a generator.”

Another said: “I hate BEC. I (have) been in Missouri almost three years and the power only dipped once. (I have) almost been in a tornado and power stayed on. In the Bahamas, power cuts off if too many mosquitoes are in the air.”

A business owner said: “Do you know how many companies lost all kind of money today due to BEC’s foolishness? Who (will) reimburse us?”

BEC has been grappling with issues over the past few months which have led to numerous power outages.

In June, five of BEC’s engines were struck by lightning leading to widespread power outages in New Providence. Last month, a shortage to the high voltage cables at a station on Soldier Road led to generator failures at both the Clifton Pier and Baillou Hill plants. The outage lasted almost 12 hours and was followed by others as the corporation resorted to load shedding until all the generators were up and running at full capacity.

It caused great distress for residents, who sought respite from the heat by driving around in air-conditioned cars and going to gas stations, while some ventured to the beach and slept in their cars until power was restored.

Following that blackout, the government hired four American consultants to assess the problems at BEC and make recommendations.

BEC Executive Chairman Leslie Miller has not yet released that report.

Attempts to reach Mr Miller for comment on the outages were unsuccessful yesterday.

An they want to add Value Added Tax? Pray tell me, what 'Value'? This is a company in dire need of a LOT of serious help. As for the chairman - the quicker he disappears the better.

To me BEC is the perfect example that shows the incompetence and stupidity of Bahamian politicians. 41 years of independence and they still can't keep the lights on. Yet some people expect them to deal with more complex issues such as the economy and crime. Good luck with that.

Perry Christie barely has the core skills necessary to slip on his loafers. As for running a country, yes he is very well equipped....to run it right into the ground! We will soon be praying to once again be enslaved by white masters who, today, would at least know how to keep the lights on. The late L. O. Pindling always did say that neither Christie nor Ingraham have the managerial skills and business acumen necessary to run a Bahamas under majority rule.

same problem in east grand bahamas a few years ago it was so bad power was on and off i bought solar panels for my house went off grid and i have had no power outage for 2 years now , east end was realy bad, now we always have power. it will payfor its self this year.

I really don't understand why there are electrical engineers at B.E.C. and no one knows how to perform a power system analysis on Nassau's transmission system. They are bringing in four consultants to advise them of their problems. The electrical engineers at B.E.C need training in softwares such as ETAP and CYME so they can fully understand the transmission system and the problems that are occurring. Obviously a short in the high voltage capable means that the loads are exceeding the ampacity of the cable. This can be prevented by regularly performing a short circuit analysis on the clifton pier substation infrastructure since out network is 132kV/69kV. If the generators are switching on and off to protect themselves it means they need to upgrade their differential protection scheme at the substation. if they did that then could have performed arch flash studies to improve their antiquated systems hence prevent the "blowing up" of 5 generators due to the lightning strike. Since generators are nonlinear loads they inject harmonics into the grid and so when a load shedding happened it can cause the consumers equipment such as electronics to malfunction. What's beyond me is that the government can spend 20 million dollars on a building but they can't upgrade the current electrical transmission system. If the transmission system becomes more reliable then the next step would be solar integration.

Well an African proverb says "Ignorance will not kill you but it will make you sweat a lot" ..B.E.C is sweating profusely!!!

We have, on average, 2880 hours of sunlight per year. That's nearly double the amount of sunshine in Germany, where the government is investing in solar energy. We need more foresight and less apathy. This nation could be a leader in "green" innovation, yet instead we continue to burn (and leak) crude oil, dredge precious marine breeding grounds, and keep the general populous too undereducated to even want to do anything about the problems. I say "we" because I am of the mind that if you're not part of the solution, you're part of the problem. WAKE UP, BAHAMAS!

Man, that photo, If looks could kill!! LOL!

Incompetent fools. Electricity is unreliable, it kills your appliances but at least it is expensive as hell and will get more expensive with VAT soon.