One Jailed, One Awaits Trial Over $3.2m Drugs Discovery 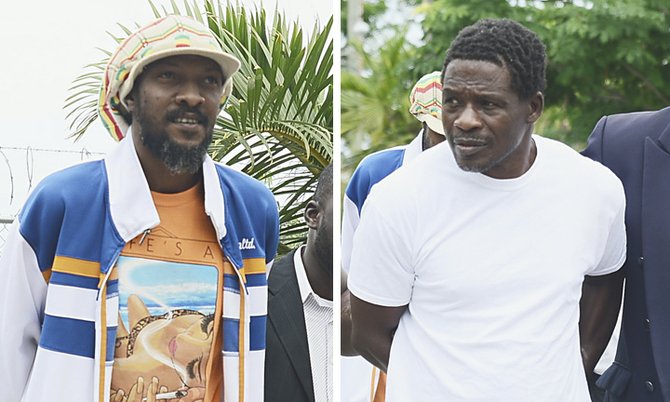 A JAMAICAN man spent his first night of a six-year sentence behind bars after admitting to growing for sale more than 30,000 marijuana plants, valued at $3.2 million.

Errol Wallace’s alleged accomplice, 38-year-old Daron Anderson of Freeport, is also at Her Majesty’s Prisons although he awaits trial in a month’s time on a single charge of conspiracy to possess dangerous drugs with intent to supply.

The charges stem from the discovery of a marijuana field in East Grand Bahama on May 31.

“On the day in question around 5:25am, officers acted on information and went to the Bell Channel Inn and made inquiries about Wallace,” police prosecutor ASP Ercell Dorsett told the court.

“They were given certain information and they went to C10 of that property and made their presence known where Wallace answered and they informed him of their suspicions. He provided officers with information before he directed them to a location in East Grand Bahama,” the prosecutor added.

ASP Dorsett noted that officers found the suspected marijuana field and inside a tent on the property discovered $350 cash, 16 bullets, a Kel-Tec semi-automatic pistol and a passport belonging to Wallace.

He was cautioned, arrested and then taken to the Drug Enforcement Unit office on that island.

The prosecutor said Wallace has no previous convictions in this jurisdiction.

Magistrate Forbes then addressed Wallace and asked him if he accepted the facts read by the prosecutor.

The Jamaican said he did.

Wallace said he has been in the Bahamas since January of this year. He said he came to the country on vacation and travelled on a Caribbean Airlines flight.

“How did you end up in Grand Bahama?” the magistrate asked.

“I took a plane there. I went as a tourist,” Wallace said.

“How did you get involved in these offences for which you are charged?” the magistrate then asked.

Wallace’s initial responses were inaudible, but he later said he “had a friend” on the island.

The magistrate then asked how he came in contact with the weapon. Wallace claimed he found the semi-automatic pistol.

“Really, in the area of East Grand Bahama? That’s a strange thing because I’ve lived in Grand Bahama for five years and never found anything just lying around in bushes, especially a Kel-Tec semi-automatic pistol,” Magistrate Forbes said.

Wallace maintained that he found it and the court made no further inquiries of him. He was convicted of all five charges.

For the charges of conspiracy to possess dangerous drugs with intent to supply, cultivation of dangerous drugs and possession of ammunition, Wallace was sentenced to two years imprisonment on each count.

Magistrate Forbes informed Wallace that all of his sentences were to run concurrently and that he had the right to appeal the decision to the Court of Appeal.

Anderson will stand trial on July 8.