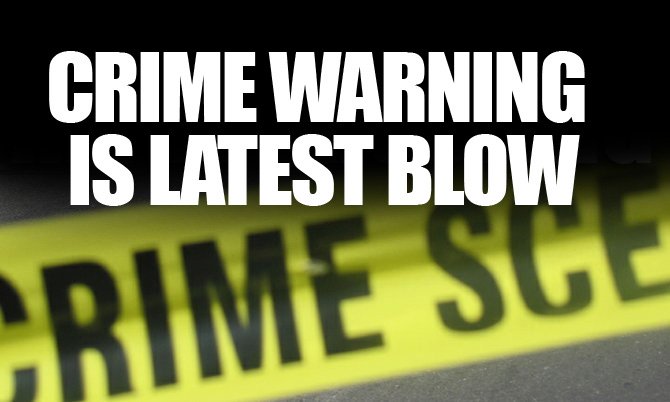 A SECOND report in a month by an international agency has warned that “rising murder rates”, specifically recent killings of tourists, in The Bahamas could affect the country’s business environment.

“If the trend continues unabated, or if there were to be particularly high profile incidents that gained coverage in foreign press, the attractiveness of The Bahamas as a tourist destination could deteriorate, threatening the islands’ medium-term growth outlook,” the June 2014 report in The Latin America Monitor said.

“The Bahamas has seen a rise in murder rates in recent years and several high profile killings of foreign tourists in recent months, trends that present downside risks to the country’s medium-term growth prospects due to its heavy reliance on the tourism industry as a driver of economic activity.”

The report - entitled Business Environment Analysis, Rising Murder Rate Poses Risk To Tourism Sector - also highlighted that there have been “well-publicised armed robberies and murders of both UK and US citizens in recent months.”

“Compounding this rise in homicides is that The Bahamas has seen its murder rate increase relative to other Caribbean islands,” the report continued.

The Latin America Monitor is a monthly newsletter that gives systematic country-by-country coverage for the region, with essential news, analysis and forecasts, its website says. Its aim is to help businesses plan investment strategies, adjust existing strategies, plan for growth and development and identify potential risks and opportunities for your business, according to its website.

The report comes a few weeks after the United States warned about crime levels in the country. Last month, the US Department of State’s annual Crime and Safety Report again cautioned Americans about the level of criminal activity against locals and tourists in this country.

The 2014 report warns that despite “formidable anti-crime initiatives” enacted by the Royal Bahamas Police Force (RBPF) last year there was a significant increase in violent crimes in locations frequented by American tourists in 2013.

“While there has been a slight reduction in 2013 in some crime categories as reported by the Royal Bahamas Police Force (RBPF), violent crime remains above the 2012 level,” the US report said.

“There have been several reported armed robberies using a knife where the assailant assaulted the victim after the victim fought back and resisted. Many of these armed robberies were snatch-and-grabs involving purses, jewellery and gold necklaces.”

Last week Minister of National Security Dr Bernard Nottage told The Tribune that despite a recent spate of murders and violent crime throughout the country, crime is “trending downward” specifically in New Providence and within areas that have challenged authorities.

Dr Nottage said saturation patrols, which are a cornerstone of the RBPF crime fighting strategy, continue to have a substantial impact on the frequency of illegal activities.

“Saturation is a cornerstone of our programme. We find that as the number of vehicles have increased the people in various communities have acknowledged that they feel safer. Because of it I think the presence is having a very positive impact.”

Dr Nottage could not provide recent crime statistics yesterday but assured The Tribune that the information had been requested from the relevant authorities and would be presented during his contribution to the 2014/2015 budget debate.

The victim of the country’s latest killing was a man who was murdered by someone he knew following a domestic dispute at a Tall Pines residence on Saturday, police said.

The incident pushed the murder count to 61 for the year, according to The Tribune’s records.

The PLP government does not have to listen to these reports or respond to them....... the world and the foreign investors are watching and will take necessary action .......... to the detriment of the citizens of The Bahamas

The PLP government won't listen to the reports. They don't care about crime. It is not a priority for them, neither is unemployment. The (majority of) PLP(s) are concerned about their revenue stream (i.e. what contracts can I award to my friends and business partners). It wouldn't be so bad if they only tacked on $50k - $100k for themselves, but they tack on hundreds of thousands and millions. Unethical politicians goes without saying... it's the really greedy ones that sicken me.

My Comrade Journalists even when they're on a different page of objectivity must reflect that when all is said and done, understand they too must live in the same Bahamaland. Just because a story is accurate doesn't necessarily make it right. Crime is a serious, complex issue and should never be hidden or covered up by journalists. I encourage and defend a journalist right to freedom of speech but only when their reporting can demonstrate to be leaving all politics behind. Even a Tribune reporter must resist any rush to instill further fear in a nation's peoples by practicing sensationalism. It's embarrassing journalism which is so damn distant from that of the many a journalists who are willing to risk their careers, even their lives to make sure they get's it right.

Rousing round of applause for you today.

So judging by the last two comments, there is no crime problem in the Bahamas. Right-o then. Carry on smartly. We all gern die.

Commenter "generalcrazy" above is aka Freddie Boy.

The criminals winning because most of these politicians during the last elections encouraged these terrorist to carry out heinous acts to make the former government look bad. Now it coming back to haunt them double-fold. They reclassifying crimes and it still an ugly sight. Crime is a multifaceted issue and the PLP made it political and karma has come to claim her rewards. Sadly at the price of blood. This banana republic on the verge of collapse. Only the grace of the Most High can save us now.

Comrade Akbar the demons ain't like totally possessed Bahamaland but pretty down close. Crime is a Homemade creation and can only be dealt with locally. Regardless, we are still the envy of the Caribbean and it's up all Bahamalanders and residents to make damn sure she remains envied. The thugs couldn't be more wrong than to count the resolve of the good people of Bahamaland out of the crime picture.

If the highly regarded Comrade Tankea, the “reporter” not as the newspaper’s News Editor, would accept my personal challenge to pay a visit to Her Majesty’s Fox Hill Prison, I think she would be in for an enlightening eye-opening experience. It is only by entering through those armed guarded gates, does she get to know the degree of imprisonment of the number of inmates who could better serve both their families and society as a whole, by not made to listen to the heart wrenching sound of those gates slammed shut on their freedom. Unfortunately, too many are there for no other reason than there will always be law making politicians, judges, juries, policeman’s and prosecutors, who are willing to cave-in to the pressure of fear resulting from the sensationalism of crime. Tankea, too many behind those dreaded prison gates; come from among the poor, not the well to do of Bahamaland’s society. Comrade Tankea, media fear mongering or being too damn lazy to find “no jail time solutions” are not the magic pills. You know Tankea, even a News Editor from time to time has to take a 'rethink" step backwards. Fox Hill has become big part of the crime problem, not the answer - we all better start looking for.

Let's All Pray Our Bahamaland!

Wonder why the report didn't mention how MANY churches we have here? Don't they count for something? LOL

When I use to be a packing boy for a food store in Grants Town, I use to push trolly all through this area to take peoples grocery to their home without any fear for my safety. Then a short time after I returned from college I visited the store where I use to work, only to be told that they no longer allow the packing boys to go out the parking lot because too many of them were getting robbed. Just driving through some of these depressed areas of Bain and Grants Town, one can see how much the areas and the people have changed. The girls seem to dress with as little clothes as possible and almost every young man has an alcoholic drink in his hand or is smoking something. The look on their face is no longer the 'every thing cool' one, but more one of,' we know you ain't from round here so you betta hurry up and leave.' They watch you like a hawk. Many of the mom and pop stores in these areas have closed down and seems like more houses have been abandoned and left to fall down. And despite there being less habitable homes in the area the number of persons in the area seems to have increased. Does tough economic times mean that more people have moved back into these areas?

Haitians are moving into traditional Bahamian neighborhoods buy the thousands. A legal Haitian rents the house then moves in a truckload of illegals overnight.

The illegals are dam happy to live like roaches because in Haiti they live under tents like fleas on a dog.

Our country is rapidly being brought down to Haitian standards with the blessings of the PLP & FNM.

The PLP and FNM are bringing this country to Haitian standards anyway. So don't blame the Haitians. Other than that your language shows utter respect for human beings. Ever travelled abroad?