Web-Shop Legislation To Be Brought Before Parliament 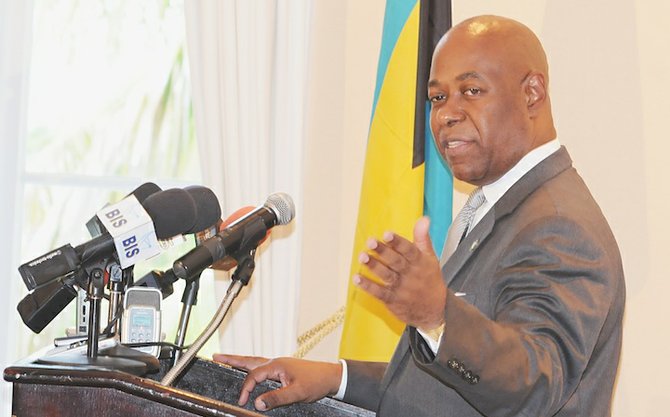 The Minister responsible for Gaming, Obie Wilchcombe, has said he intends to bring legislation to regularise web-shops to Parliament.

Speaking in the House of Assembly on Wednesday evening, Mr Wilchcombe said he hopes the legislation will be effective from July 1.

A national referendum on web-shop gaming in January 2013 resulted in a majority vote against such a move, but the debate has continued.

Nationbuilder: The country is not a joke it is the members of Parliament that are JOKASSES.

lol if only it were that simple eh!

We put them there, and we don't hold them accountable for anything. It's our fault the parliament does what they want, we let them. So nationbuilder is right, it is the whole country that is the joke.

Not under the "Saint" Perry's watch! Wow

Obie is not doing that without Cabinet approval and indeed, cannot. The Prime Minister approved it.

Why not ignore the results of the next general election too? What is the point of voting with these two bunch of criminals being the only game people will vote for in town?

Good luck with the next REFERENDUM. They just set themselves up for failure. They lie and scheme too much. NOT TO BE TRUSTED

If the government does not have the will to close the web shops down, then the next best option is to tax and regulate them. They cannot continue to allow the web shops to act like a run-a-way train and go any where and any way they please. They are draining too much cash out of an already weak and ailing economy. At least taxes will allow some of this money to be recovered. Now the church must also go to work and discourage their membership from gambling. There are very few Bahamians in this country who do not profess to be Christians. They belong to one church or another. So it is the Christians who are gambling. There is work for the church to do.

The only problem I see here is the PM should have done what he was elected to do,make a decision,now he is in the middle of the mire.

A totally self inflicted mire!

Stem cell, Online gaming and Marijuana on its way whats next legalized Murder their way of dealing with crime is to legalize everything on the books and guess what it will cause a drop in crime.

So, Drug dealers lawyers and banks been washing money for decades, Government is about to also. Overnight legitimization. Incredible.