Man gets life sentence for 'execution' of banker 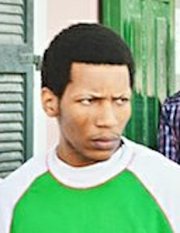 Mr Sherman, an assistant manager at the Royal Bank of Canada in Palmdale, was shot in the head when he pulled up to his Yamacraw Shores home on the evening of February 17, 2012.

He was robbed of his cell phone before being shot. His niece, who was in the car with him, was also robbed.

His wife, Renee Sherman, had been charged along with Farrington and Cordero Bethel, both of Pinewood Gardens, with conspiring to commit murder.

Farrington and Bethel were charged with murder and two armed robberies, while the widow was charged with aiding and abetting murder. All three denied the charges.

During trial, Sherman and Bethel were acquitted of their charges on the direction of the judge, leaving only Farrington to answer to the charges against him because of a confession that he gave to the police on February 24, 2012.

I would like to know the true and real story of Stephen Sherman.Murder????

So the one that told the truth has to take the blame for all 3? Yes, he should go to jail, but so should they!