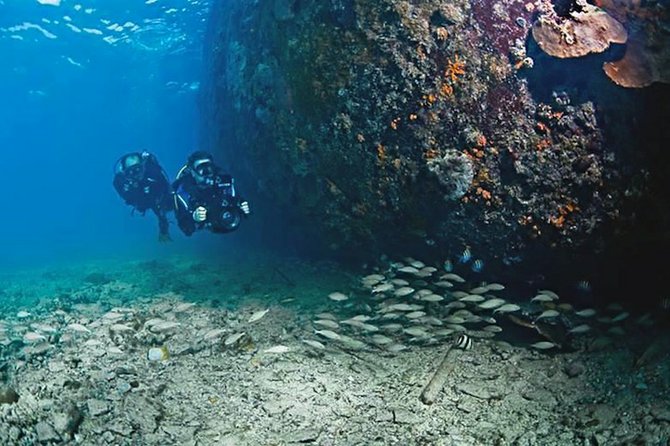 NEARLY 40 years after he first began luring divers from around the world to Bimini’s coral reefs one of the most respected names in undersea adventure has issued a warning that the island was on the verge of a “pending catastrophic event.”

Neal Watson, president of the Bahamas Diving Association, expressed grave concerns about the future of Bimini’s waters as a large dredger hovers, waiting for a legal case to make its way through the courts, possibly clearing the way to dredge a channel to accommodate a cruise ship delivering passengers to a resort and casino. That dredging, say opponents, would wipe out some of the most spectacular coral reefs in the world.

“This fragile ecosystem has already suffered a degree of degradation over the past 40 years, which has occurred throughout, not only the Caribbean, but also the entire world,” Mr Watson said. “However, this dredging project will cause more irreversible damage to the reefs in the next 30 days than would normally occur over the next 30 years.”

Malaysian-based Genting, which owns Resorts World Bimini, has said it needs to dredge the channel and build the pier to deliver up to 500,000 guests a year to the casino and hotel on the island that is now home to about 1,500 residents.

Concerned citizens, who formed Bimini Blue Coalition and initiated the legal action, said they are worried about everything from destruction of their way of life to management of human waste, from lack of direct economic benefit to destruction of the reefs. Six of the world’s best, experts have said, lie in the path of the planned channel. They also worry that the dredging will stir up so much silt and cause so much turbidity it will kill off Bimini’s rich fishing grounds.

“Having started the first recreational dive operation in Bimini in 1975 and still involved in promoting diving in Bimini, I am devastated by the pending catastrophic event about to occur in this diver’s paradise,” said Watson.

“This is not just an environmental issue, but an economic issue. In addition to the three top of class dive operations located in Bimini that generate millions of dollars in revenue for the hotels, marinas, restaurants, bars and merchants, Bimini is uniquely located 48 miles from south Florida, which has the largest number of registered boats as well as the largest concentration of divers in the continental United States.

“Because of Bimini’s proximity to south Florida and its reputation as a world-class dive destination it attracts hundreds of small boats that come to Bimini to dive Bimini’s incredible reefs and support the local hotels, marinas and merchants. All of this is in jeopardy,” said Watson.

“Bimini has attracted fishermen, boaters and divers since the days of Hemingway,” said Watson, who continues to promote Bimini and was recently re-elected for another two-year term as head of the Bahamas Diving Association, the organisation he has served for 15 years. “The uniqueness, natural beauty, pristine clear waters; abundant marine life and incredible reefs are threatened.”

If only Perry Christie and Resorts World weren't so corrupt, they could have listened to the other stakeholders in Bimini and put forth a plan that would have benefited everyone.

Their arrogance and ignorance is astounding.

Oh I love the photo. http://socialformula.com/instagram/fo...">how to get more instagram followers