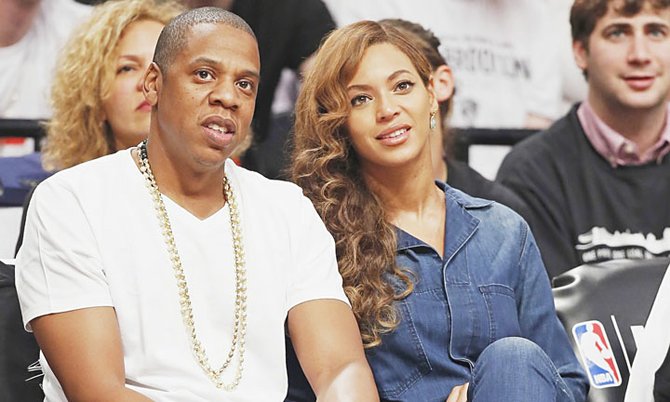 • Ya hear Jay Z and Beyonc� playing it cool? By this time most of the world has probably seen the infamous video of Solange Knowles attacking ‘the Hov’ in the elevator of the Standard Hotel in New York after the Met Gala Ball last week.

TMZ released a video of security footage that showed Solange punching, hitting and kicking Jay-Z as Beyonc� stood by. The video, which sadly didn’t have any audio, left many wondering what sparked the attack.

In the midst of all the drama, Jay-Z and Beyonc� attended the Brooklyn Nets vs the Miami Heat playoff game on Monday night. The celebrity couple sat courtside as usual and appeared unbothered by the Internet frenzy.

Neither superstar performer answered questions about the elevator incident at the hotel last week.

• Ya hear Gucci Mane to be imprisoned until 2016? The rapper pled guilty to gun possession. According to TMZ, Gucci Mane accepted a plea deal for his gun possession charge that will see him incarcerated for the next two years.

“Gucci Mane was found in possession of a firearm twice, two days apart on September 12, 2013 and September 14, 2013. The maximum sentence for each charge is 10 years, however, the conditions of Gucci Mane’s plea deal stipulate he will only have to serve 39 months in prison,” TMZ stated.  • Ya hear Dr Dre to receive senior position at Apple? News of a $3.2 billion dollar deal between Apple and Dre’s Beats Electronics began circulating the web last week. The Wall Street Journal is now reporting that in addition to co-founder of Beats Electronics Jimmy Ivoine being offered a position at Apple, Dr Dre, who is also the co- founder, will accompany to Apple.

“While Iovine is reportedly taking on the title of special advisor to Apple CEO Tim Cook, Dre’s role in the company is unknown at the time. He is expected to be closely tied to Cook as well,” AllHipHop.com reported.