Claims Of N.S.A. Bugging ‘Will Not Affect Tourism’ 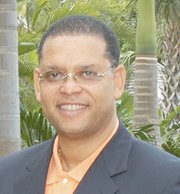 A TOP hotel executive doesn’t believe the Bahamas’ tourism industry will be affected by revelations that the US’ National Security Agency (NSA) may be recording all cell phone calls in the country.

Baha Mar’s Senior Vice President Robert Sands said yesterday that the allegations of cell phone spying probably happens to many other countries around the world.

“We all live in different communities from different parts of the world where the government makes the best decision that’s in the best interest of the sovereignty of its nation,” Mr Sands said, when asked to comment on the allegations and the repercussions they may have on the millions of visitors who visit the country each year.

“It will have no impact on our tourism industry.”

On Monday, Deputy Prime Minister Philip Davis said the former government was “aware of” an arrangement made that would allow the NSA, through its MYSTIC programme SOMALGET, to tap all cellphone conversations in the Bahamas and store them for up to 30 days if anything pertaining to US intelligence is heard.

The details of an investigation carried out by the US government into the accuracy of the information revealed by NSA whistleblower Edward Snowden has been concluded. The final report is expected to be sent to the Ministry of Foreign Affairs’ permanent secretary this week, Mr Davis said.

The permanent secretary has refused to comment on the investigation.

FNM Leader Dr. Hubert Minnis has defended his party saying that they had no part in giving the NSA consent to record phone calls.

He also demanded that the government stop shifting blame and release the facts of the investigation.

Claims that the US is monitoring cell calls in the Bahamas emerged last week in an article posted on Firstlook.org which reported that the NSA is “secretly intercepting, recording and archiving” the audio of every cellphone conversation in the Bahamas.

US Chargé d’Affaires John Dinkleman said on Monday that the relationship between the Bahamas and the US has “never been stronger” and that it is not affected by the public uproar produced as a result of the purported surveillance.

Mr Dinkleman would not confirm or deny the claims of cell phone spying.

Why would anyone in the process of negotiating any type of deal with a U.S. connected enterprise (Federal or state government or otherwise, including U.S. corporations) visit the Bahamas and use our telephone system so that the NSA can collect and pass on information about the deal to whoever the U.S. government may choose to favor in the negotiations?! Much better for all business travelers doing who may be doing any business whatsoever with a U.S. connected enterprise to stay away from the Bahamas altogether lest that one phone call result in the whole deal being prejudiced as a result of the unfair sharing of information illegally obtained by NSA spying activities for the interests of the U.S. Government and U.S. corporations.

Rinky Dinky Dickleman has it all wrong: Our relationship with the U.S. has waned to a new low point while our new found friends, the Chinese and the Russian-Ukrainians, are eager to do whatever it takes to help improve the quality of life for all Bahamians. We must tip our hat to the Chinese for sharing some of their economic surplus (built on gains from Walmart sales to Americans) with us. All we ever really wanted from the U.S. was help in policing our borders but the narrow minded political elite in the U.S. could not bend their weak minds to see that doing so would have been very much in the mutual interest of the Bahamas and U.S.

You are quite right.

There is only ONE question to be answered by the US: What if the Bahamas caught tapping into cell phones in the United States, recording conversations and storing them?

Obvious answer to that question.

The question should be, who is it they hope to track ( please don't tell me Oprah's measly 2bn)? Has it yielded anything? (apparently they used it to catch a drug dealer so they know when to listen) , and why if they do this in their own cities could it not have stopped more?

Send to the via email:(arabfinancialcorporation@yahoo.com.sg)

lol see why America is losing us. And they give Israel how much every year for simply being a strategic location in holding off ww3 in the middle east? Yet we got taken advantage of with loans which required indirectly managing our country's policies.

America spies on the entire world phone records, emails, fax, text, communication, but then also it is able to counter Russia and China? What a shame