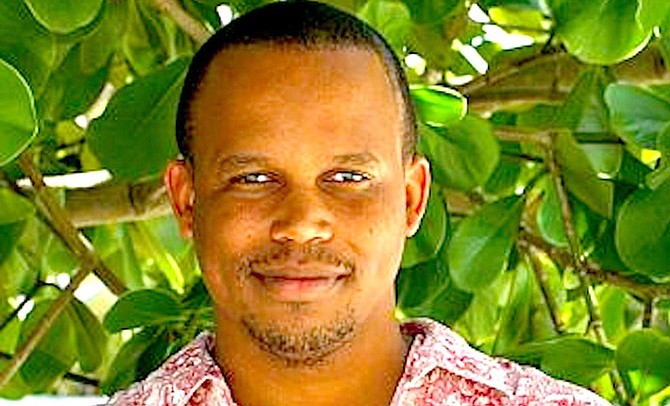 Kareem said he has already begun selecting innovative and thought-provoking films for the 48-seat movie theatre, which in addition to mainstream offerings, aims to showcase the work of both established and emerging Bahamian and Caribbean filmmakers.

“Every person has a favourite film that has transformed the way they see the world, which is testament to the fact that the moving image is the most powerful art form of our time,” he said. “The chance to bring some wonderful films to a local audience is a blessing.”

With the Island House Cinema, he said he is “excited to be creatively involved in a cutting-edge theatre that showcases first-run, independent, main stream, foreign, art and family films.

“The cinema will provide attendees with consistent, diverse and entertaining films in an engaging and sophisticated atmosphere,” he said.

Kareem, 34, who in the last five years alone has received more than 25 awards for his work, including an African Movie Academy Award for his short film “Passage”, said he hopes the TIH Cinema will help other young artists make a name for themselves.

Another priority will be to showcase films that challenge the audience and provoke thought, analysis and discussion.

“I see The Island House Cinema making film a vibrant part of the community, connecting both Bahamian and international artists with an audience and creatively engaging building, and informing audiences and communities through its programming,” Kareem said.

This idea of creating a dynamic and inclusive cultural space is a key component of the TIH identity, according to project manager Lauren Holowesko.

“The theatre will be open to the community, and in addition to interesting films and documentaries, it will host to art exhibitions, seminars and speaking events,” she said. “We want the property as a whole to be seen as a cultural gathering space for international visitors and the local community alike.

“For so many reasons, Kareem was the perfect choice for this role. His passion for engaging audiences while helping talented emerging filmmakers fits perfectly with the kind of atmosphere we hope to create. And his edgy, thoughtful and challenging work is exactly the kind of content we want to bring to our audiences.”

Kareem has a number of feature and documentary films to his name, most of which deal with issues of identity and discrimination.

His debut feature film, “Children of God” (2010), shown on Showtime and distributed in more than 20 countries, is the first Caribbean narrative film to tackle LGBT themes.

“Wind Jammers” (2010), which he co-directed with Richard von Maur, is a children’s film that deals with racism. He is currently reworking “Passage” into a feature length film about human trafficking from Haiti.

The Island House is a 30-room boutique hotel in Western Nassau, set to open in early 2015.

It is designed with both visitors and the local community in mind, and will feature six rental apartments, two restaurants, a caf�, spa, gym, squash and paddle courts, and movement studio for fitness classes.