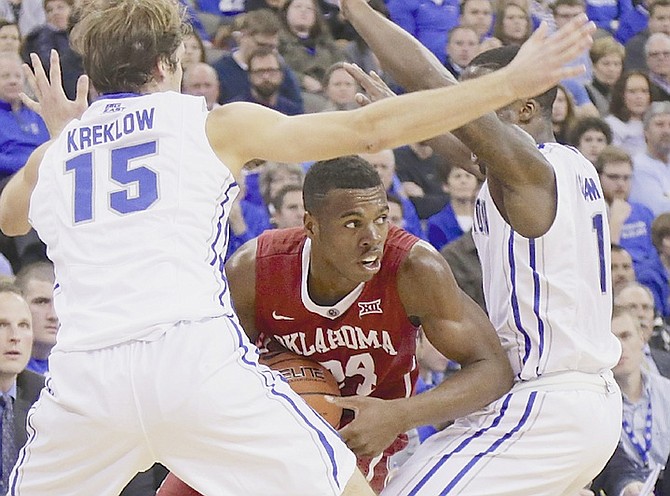 BAHAMIAN players are making their presence felt across the NCAA division I landscape as teams continue their non-conference schedules early in the season.

Oklahoma’s Buddy Hield continues to stake his claim as one of the top shooting guards in the nation in a prime-time matchup last night against the Creighton Bluejays on Fox Sports 1.

Hield fouled out with 21 points, seven rebounds, four assists and two steals, but the No.18 Oklahoma Sooners were upset on the road by the unranked Bluejays.

Creighton overcame a 17-point second half deficit to defeat the Sooners 65-63 at the Century Link Center in Omaha, Nebraska.

The Sooners will look to return to the win column when they host Northwestern St Sunday at home in the Lloyd Noble Center in Norman, Oklahoma.

In the Big 10, Lourawls Nairn Jr and the No.19 ranked Michigan State Spartans lost to the No.4 ranked Duke Blue Devils 81-71 in the Champions Classic. He finished with two points and two assists in 21 minutes.

The Spartans will host Loyola (IL) tomorrow at home at the Breslin Center at 7pm televised on the Big Ten Network.

Stetson fell 53-53 to the FIU Panthers Tuesday night and Smith finished with seven points, five rebounds, three assists and a block in 24 minutes on the floor.

The 6’8” senior forward out of Grand Bahama is averaging 6.7 points and seven rebounds per game on the young season thus far.

The Hatters won the opening game of the season 75-61 over Edward Waters and Smith finished with five points and 10 rebounds. He followed up with eight points, six rebounds and two blocks in a 64-55 loss to Central Florida.

In the Big South Conference, Tristian Curtis continues to struggle for playing time with the Coastal Carolina Chanticleers. He finished with two points and four boards in his team’s 82-51 win over Columbia International Tuesday night.

In the SEC, Dwight Coleby and the Ole Miss Rebels got their first win of the season following an upset loss in overtime to Charleston Southern on opening night. He finished with four points and three rebounds in a 74-64 win over Troy.