Baha Mar To Give Nib Details Over Job Cuts 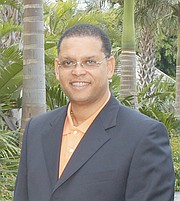 BAHA Mar officials plan to present the National Insurance Board with information that would assist the board’s investigation into recent layoffs of 190 workers from Crystal Palace “within time,” Robert Sands said yesterday.

Mr Sands is the resort’s senior vice president of external and government affairs.

He was responding to Labour and National Insurance Minister Shane Gibson’s earlier statements to the press describing how “upset” he was at Baha Mar for failing to provide NIB with that information.

Mr Gibson, on Tuesday, accused Baha Mar of “filibustering” and reaffirmed that resort officials had seven days to deliver the information to NIB.

Although initially evasive when first asked about the topic, Mr Sands yesterday revealed that Baha Mar officials will deliver the information within the timeframe allocated by NIB.

He also denied that the firings of the 190 persons were related to the hundreds of people that begin working full time at the mega resort upon their graduations from its Leadership Development Institute (LDI).

“The two are not connected,” he said, on the sidelines of an LDI graduation yesterday. “We will provide the information with the Ministry of Labour within time. The timeframe they have established to us we will deliver the information.”

The workers were fired on November 7.

In an interview with ZNS last week, Mr Gibson said he had met with Baha Mar officials two weeks ago regarding the information, who said they would do their best to get it to National Insurance within 48 hours.

But last week, Mr Gibson said he still had not received any information. He also said he reportedly spoke to Mr Sands personally on November 14, but had not obtained any information from him then either.

He said he subsequently sent National Insurance inspectors to Baha Mar to “look and see exactly how many persons they are paying contributions for.”

Mr Gibson said the inspectors told NIB that Baha Mar officials were “not being very cooperative in assisting them with the information,” but he said if NIB had to send out inspectors “every single day until (they) get the information” then it would.

Mr Gibson said he was “very upset” by the fact that Baha Mar had not yet provided NIB with the necessary information. He said the Ministry of National Insurance was trying to determine whether it is a “calculated way of (Baha Mar) being disrespectful to the government.”

He added that Baha Mar should not “continue to run from (NIB) and not provide (them) with that information.”

When asked for an update on the situation by reporters on Tuesday, Mr Gibson said: “Every other Bahamian company and every other business in the Bahamas has to provide National Insurance with information once it’s requested. Baha Mar has to do the same thing.

“The first thing we’re trying to do is get the information so we can make a decision as to the way forward. We haven’t been successful in getting it from Baha Mar, because they’ve been filibustering. We’re now following the (National Insurance) Act, and requested information. We gave them seven days to respond.”

Prime Minister Perry Christie has also weighed in on the situation. Two weeks ago he called the terminations “unfair” and said the government needed to give hotel staff greater protection in future Heads of Agreements negotiated with foreign developers.

Mr Christie previously hinted that the government had found itself between not wanting to offend a developer on which it has pinned its hopes for economic revival while being upset about the lay-offs and the way those affected have been treated.

Meanwhile, Bahamas Hotel Catering and Allied Workers Union (BHCAWU) President Nicole Martin has said that it was time for the government to stop spanking foreign companies on the wrist and instead “take out the belts.”

Just look at the smile on Sands' face! He's quite happy telling all 190 of those workers laid off just before Christmas: "Hasta la vista!" Sands is truly a good Uncle Tom serving the wishes of his master much to the chagrin of those poor souls now without a job and with no source of income for the Christmas Season. Christie is equally happy feigning ("faking") his concern about the horribly unjust laying off by Baha Mar of these now most unfortunate "former" employees as he too has been bought and paid for by his new Chinese Masters! Christie sees nothing but poor plebs when it comes to those stupid voters who persist in voting for him and his political cronies come general election time!

too bad you guys don't have the facts in all these lay off suckers! These 190 people were given notice over a year ago that their job performance better improve to meet the higher standards that Baha Mar was demanding...but as usual, the Bahamian worker didn't/couldn't step up to the demands...the new younger blood is taking over where the older "do nothing" generation is failing. LDI graduates while not the cause of the layoff will dutifully step in and perform at levels employers want/need. And when will Bahamians stop bad mouthing their own people? IF this guy was white, you'd be saying "oh joe is ruining our country...yada yada" and if it's a bahamian guy you say He'e some uncle tom.....nothing pleases/is acceptable with bahamians...want it both ways....and end up with nothing....grow up and grow some balls!

I agree that Sandy is an Uncle Tom just like JB over at Atlantis. I wish this government luck trying to rein in Bahamar. They cant solve the road cost issue much less the HR issue now. Whats next ..... and this colossus aint even open yet............. LORD HELP US WITH THIS WHITE ELEPHANT.

"He (Mr Gibson) said he subsequently sent National Insurance inspectors to Baha Mar to “look and see exactly how many persons they are paying contributions for.”

What is this? Every month companies pay their National Insurance fees and the employee deductions. There is a list of every employee attached to the remittance.

Why can't they just look at the last National Insurance remittance form that they already have?

This company is bringing 1000's jobs to Bahamas. And yet people are not satisfied....what if they decided to not put up with the crap the Bahamian government/people throw up at them? Then what? Who'd be crying then huh? Grow up and get with the 20th century people....grow some balls and get with the program, there is ALWAYS someone willing to do better work, perform better than those that complain.....so get in the unemployment line if you want....your call...