Antoan: I Never Gave Up On My Dream 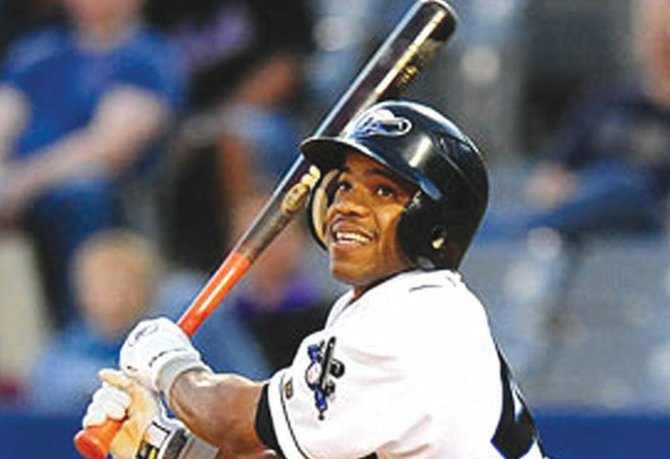 IT’S one thing to get a chance to play at the highest level of your sport. It’s another when you get a second chance to do it all over again.

For Antoan Richardson, after getting released by the Atlanta Braves, he never gave up on his dream of returning to Major League Baseball.

On September 2, the New York Yankees called up Richardson from the Scranton/Wilkes-Barre RailRiders, one of the minor league organisations he played in after his brief stint with the Braves in September, 2011.

“I’m just happy to be home, but I know if circumstances were a little different, I probably wouldn’t be here doing this interview right now,” Richardson said on Saturday. “We could have been getting ready for the playoffs, but that didn’t work out for us.”

New York missed out on the opportunity to clinch the wild card spot for the playoffs and instead of getting ready for the post-season, Richardson returned to the Bahamas to bask in his recent success with the Yankees.

It came on September 25 when he went in to pinch run for Jose Pirela in the bottom of the ninth inning against the Baltimore Orioles . All Richardson did was scored the winning run on a walk-off single by Derek Jeter to send the team captain into the sunset after his final home game in Yankee Stadium.

Richardson, home to celebrate his 31st birthday on Wednesday, turned down a flourishing career in track and field and even the opportunity to use his speed to play football.

But the former Vanderbilt University standout didn’t anticipate that he would compile the profile that he did after being drafted not just once, but four times - 2001, 2002, 2004 and 2005 - until he finally got his breakthrough with the San Francisco Giants.

From then until now, taking the elevation to the Braves in consideration in 2010, Richardson said he was grateful to have been afforded the opportunity to be back in the majors.

Not only did he play with Jeter, but Richardson said he got a chance to make history by scoring the game-winning run of the 40-year-old’s fairytale ending hit to bring the curtain down on an illustrious 20-year career in the Bronx where he won five World Series titles and was the Yankees all-time career leader in hits, doubles, games played, stolen bases, times on base, plate appearance and at bats after being a 14-time All-Star, five-time Golden Glove, five-time Silver Slugger, two-time Hank Aaron award winner and a Roberto Clemente award recipient.

Those numbers are astonishing for Richardson, who is only the sixth Bahamian to play in the major league. He joins an elite field comprising Ed Armbrister, Wilfred ‘Suggy’ Culmer, Tony Curry, Wenty Ford and Andre Rodgers.

In an in-depth interview tomorrow Richardson talks about his career and how he got to where he is as a major league baseball player.