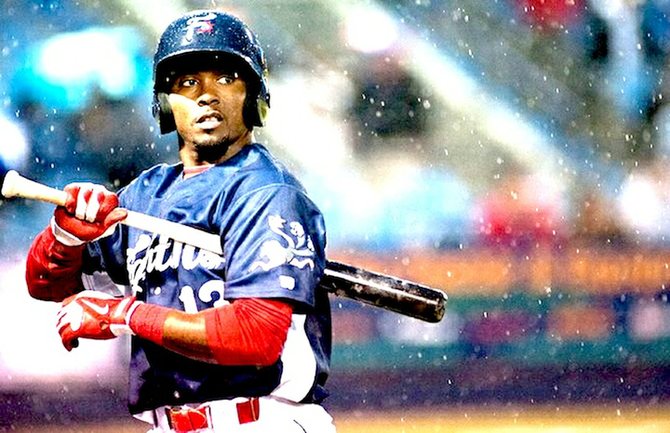 SEVERAL Bahamian players have made strides this summer towards their ultimate goal of a Major League Baseball (MLB) call-up.

Cartwright has established himself as one of  the top prospects in Double-A baseball over the past few years. For the second consecutive year, Cartwright was named as a participant in the Minor League All-Star Classic.

Cartwright, 26, is a second baseman for the Reading Fightin Phils, an affiliate of the Philadelphia Phillies.

He hit .243 with three home runs, 23 runs batted in (RBI) and a team-leading 28 stolen bases in 119 games this season with the Fightin Phils.

Cartwright has been in the minor league system since 2007, when he was selected by the Houston Astros in the 36th round out of Polk Community College. He was acquired by the Phillies from the Astros in 2011.

Stuart was a 2013 sixth-round pick in the New York Mets organisation. He was promoted to Single-A baseball in May and has been productive in his first season with the Savannah Sand Gnats of the Class A South Atlantic League.

He played his rookie season with the Tennessee-based Kingston Mets before he received the call to Class-A. A Bimini native, in his three-year collegiate career, Stuart was a two-time All-South Athletic Conference selection at Brevard College.

A second generation professional player, “Champ” is the son of Jervis Sr and Cicely Stuart.

Mr Stuart had a budding minor league baseball career of his own in the mid-1980s. He joined the Baltimore Orioles farm system in 1984 and advanced to Class A baseball in 1985.

Both Seymour and Murray were among three high schoolers taken in this year’s draft.

Seymour, 19, went with the 197th pick in the seventh round by the Miami Marlins in last year’s MLB draft.

The highly touted outfielder, from American Heritage High School in Plantation, Florida, received an over-slot signing bonus from the Marlins worth twice his slot value of just over $200,000.

Seymour hit .245 in 98 at-bats for the Marlins’ Gulf-Coast League affiliate while leading the team in steals with 11.

Murray, who was drafted a few months ago by the San Francisco Giants, recently wrapped up his first stint in the professional game playing short season ball with the Giants’ rookie league affiliate in Arizona.

Murray, a recent graduate of Trinity Christian Academy in Lake Worth, Florida, was lauded by scouts for having a fundamentally sound swing as well as a strong outfield arm. He was selected as the 748th pick in the 25th round.

The 21-year-old outfielder and Grand Bahama native spent this season in the Dominican Summer League.

Splitting time between the Reds’ two affiliates in the Dominican Republic, Murray hit an even .200 with six RBI, but he did manage to steal 26 bases.

Stoeckel said: “Dario came to the Reds’ attention at their November Nassau-Freeport workout where he ran a 6.6 second 60-yard dash and threw 91mph from the outfield.”

The connection with the Cincinnati Reds produced an additional pair of Bahamian players who will join the minor league ranks soon.

The Reds have signed outfielder Reshard Munroe and catcher Quinton Rolle to their organisation.

Rolle, the youngest member of the Bahamas Softball Federation’s team that represented the country in the qualifying tournament for the Central American and Caribbean Games earlier this year, also represented the Bahamas at the Pony Baseball’s Caribbean Zone Championships in 2012 and 2013.

Munroe, 18, graduated from Sunland Baptist Academy in Grand Bahama last June and was also a product of the GBYLL and GBABA. He has represented the Bahamas in the Caribbean Zone Championship teams in 2010, 2012 and 2013.