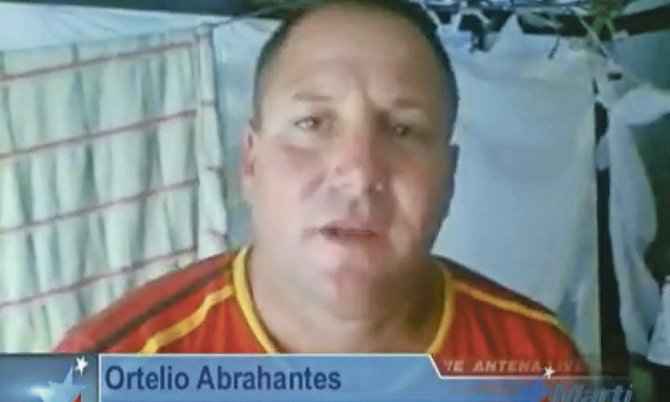 MINISTER of Foreign Affairs and Immigration Fred Mitchell has refused to confirm or deny reports that a Cuban military officer is being held at the Carmichael Road Detention Centre.

According to reports, Mayor (Major) Ortelio Abrahantes was taken to the Bahamas in March after a sail boat he was aboard was intercepted by the US Coast Guard.

Mr Abrahantes is alleged to be an officer of the Ministry of Interior, who has defected with sensitive information involving operations conducted by the Cuban government.

At that time, Mr Abrahante’s lawyer David Alvarez told reporters that his client fears deportation and for the safety of his family, because he would face the crime of treason.

Mr Alvarez claimed that his client was not interviewed by Immigration officers to determine whether he was a political refugee.

Also during the report, which was translated from Spanish, Mr Alvarez explained that he hoped to bring Mr Abrahantes to Miami as he had “lots of information on lots of important subjects concerning Cuba, many that I think will interest the American government”.

The Tribune asked Mr Mitchell on Friday whether he could confirm that Mr Abrahantes was being held at the Detention Centre and about the status of his deportation.

Mr Mitchell replied, “No I cannot”.

When contacted a second time by The Tribune with further details, Mr Mitchell replied: “My answer is the same”.

Calls placed to the Cuban Embassy were not returned up to press time.

According to the report filed by Ricardo Quintana, Mr Abrahantes left Cuba by sail boat on March 24, and was taken to the Bahamas on March 27.

If deported, Mr Abrahantes will be court marshalled and could face execution by firing squad or a long-term prison sentence, according to a representative of Movement for a New Cuba (MNC) in the report aired on August 18.

Lara Maya, of MNC, claimed that after Mr Abrahantes left Cuba, officers from the ministry went to his house and took his uniforms and information.

His wife, Yadelis Rivera, told TV Marti that she was scared to walk in the street.

Who cares? Send him back too!

Perhaps if you were born in a communist nation, your perception would be a little different. Persons (Bahamians) who have never lived abroad OUTSIDE of Western civilization have no clue as to what hardship is really like. If you were born in the Bahamas, be thankful that you have been afforded the freedom to be "proudloudandfnm".

Time for us to be real.

yeah you should stop using the US currency...lol

That Turks Island you're thinking about. We have our own currency....

Trade him for all bahamian prisoners in cuba

Our lack of a proper Immigration Policy as well as the dysfunctional US policy regarding Cubans means we will continuously be caught up in this morass. However the lack of details (understandably so) presented in this article creates a number of questions and concerns: he was apprehended by the US Coast Guard, one would think if he had had sensitive information he would have inform them initially. Unless of course their protocols allow good intelligence to slip through the cracks, not to mention the UNHCR rules for assessing who is a 'Political Refugee'. Our problem, locally is that we have no structure to our system that indeed it would be possible for a potentially 'High Profile' refugee to be imprisoned amongst us and we would not know or worse, not care.