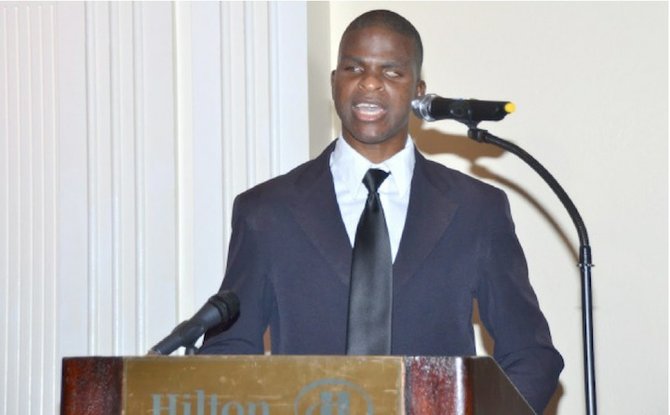 The event was held at the British Colonial Hilton under the theme “Celebrating Our Past, Embracing Our Future.” The month of September will represent a continuation of the activities that began earlier this year in honour of the school. The donation cost for the gala was $65 per person.

At the gala, guests were given a special presentation by guest speaker Isaac Lidsky. Mr Lidsky is internationally known as a former child actor from the 90s teen sitcom, Saved By The Bell: The New Class. He was diagnosed at 13 with retinitis pigmentosa, a rare blinding disease.

Melanese Coakley, a Salvation Army community relations associate, said events like this are important because blind and visually impaired Bahamians are a part of and contribute to society daily. “There are persons that are working as any of us do and go to work and experience the same things we do. We can celebrate with these students and are happy to give the resources that they need to be productive adults,” said Ms Coakley.

On Saturday, Ms Coakley said they will also be staging a fun run/walk to raise funds for the school. Interested parties can call the Salvation Army office at 393-2340 or e-mail Delisa_Armbrister@car.salvationarmy.org for additional information.