Joel Stubbs ‘Up For The Challenge’ As New President 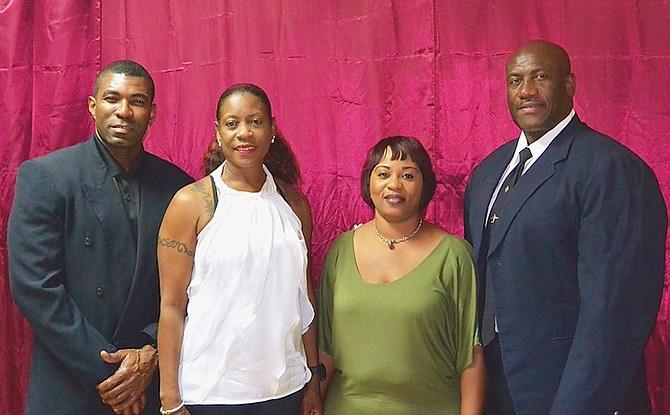 THE Bahamas Bodybuilding and Fitness Federation is heading into a new direction. Professional bodybuilder Joel Stubbs has replaced Danny Sumner as president after serving in that capacity for almost two decades. It’s a new change in the longest serving administration in local sports.

During the elections held on March 21, Stubbs was voted in unanimous as president for the next four years. He will be joined on the executive board by Kenny Greene as the vice president, Lillian Moncur as the secretary general, Oreatheia Mackey as treasurer and Ingrid Bain as the secretary.

Following their first executive meeting on April 4, Stubbs said they have decided to wait before they make a decision on the appointment of their other members. But Stubbs said he’s excited about the direction in which the federation is heading.

“We want to make sure that we have more transparency within the federation and keep the athletes up to breast on all of our developments, so that they can be a part of what is going on,” Stubbs said. “It’s going to be challenging, but having been an athlete all of my life, I’m looking forward to making a contribution as an administrator.

“This is a new challenge and a new position for me. The position is something that I have to learn, but I will continue to have dialogue with the past administrators for their input and to make sure that they follow the protocol and all of the rules and regulations. So I’m up for the challenge.”

Stubbs said the federation intends to be more visible on the international scene and he’s already utilising the contacts he made as one of the top bodybuilders in the world to ensure that the Bahamas makes its presence felt in the future.

The first event on the calendar for the federation is the Novice Bodybuilding Championships in Grand Bahama June 27.

“We are unable to have the novice as an open event as it has been done in the past,” Stubbs said. “We want to give the novices the kind of recognition that they deserve and then they will be given the spotlight when we hold the national championships sometime in July.

As they work towards completing their agenda for 2015, Stubbs said their executive board hopes to sit down with both the Ministry of Education and the Ministry of Youth, Sports and Culture with the view of getting the sport re-introduced at the high school level.

And he hopes that they can find a way to lure some of the former bodybuilders who are still in the various gyms working out, but no longer interested in competing. Without getting into why so many bodybuilders have decided to walk away from the sport, Stubbs said they want to assure them that the new executive team will be working aggressively to turn the sport around.