Man Stabbed To Death After Argument 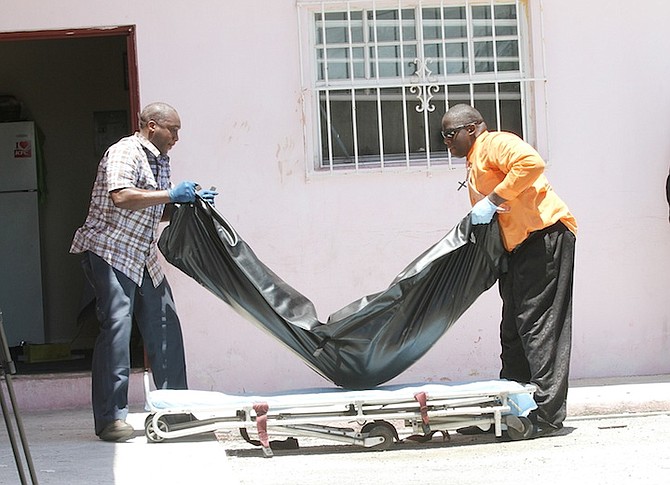 A 47-year-old man was stabbed to death yesterday morning after he got into an argument with a man known to him at an apartment complex on Baillou Hill Road South, police said.

The incident happened shortly after 11am above The Half bar, near Malcolm Road.

Superintendent B K Bonamy Jr, head of homicide investigations at the Central Detective Unit, said investigators have to speak with witnesses to determine why the men were fighting.

Police have one man in custody assisting them with their investigation.

Supt Bonamy said the police received a call that two men were involved in a fight, which resulted in one of the men being stabbed multiple times.

“Officers responded and on arrival met a male lying on the porch outside apartment six in a yellow building with apparent stab wounds. Emergency Services Personnel responded, examined the body and determined he succumbed from him injuries,” Supt Bonamy said.

“Our investigation revealed that two males got into an altercation after the man who lives in the home said he was approached by another male in the apartment who attempted to fight him. The man then got a kitchen knife and stabbed the victim during a fight. He then called the police and reported the matter.”

Police have not identified the victim but The Tribune understands he is Stephen Newbold.

The death is the 93rd homicide for the year, according to The Tribune’s records.

Anyone with information on this incident is asked to contact police at 911 or 919, the Central Detective Unit at 502-9991 or Crime Stoppers anonymously at 328-TIPS.