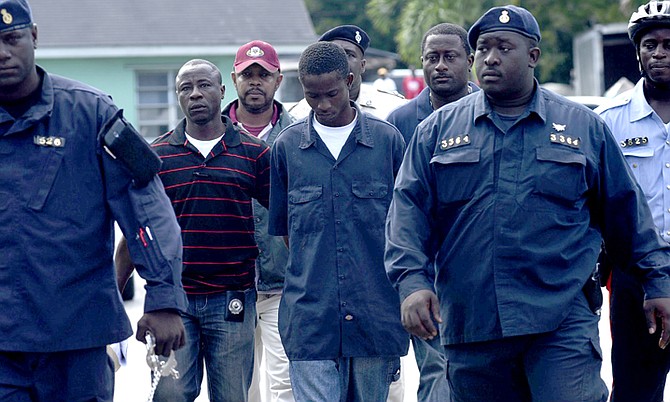 A MAN was denied bail yesterday after being arraigned in connection with recent death threats issued against police on voice recordings that went viral on social media.

It is claimed that he unlawfully threatened police officers with death to put them in fear of their lives.

Dorestin pleaded not guilty to the charge.

The threats, a series of voice recordings, went viral last week. In one of the recordings, a man is heard threatening to “shoot” any police officer and urging the police to hide or “be killed”.

According to the law, “whoever threatens any other person with unlawful harm, with intent to put that person in fear of unlawful harm, shall be liable to imprisonment for one month.”

Police prosecutors objected to bail for the accused, citing his lack of legal status as basis for the opposition.

Dorestin’s lawyer, however, argued that his client does have ties to the jurisdiction and a pending application for citizenship.

However, the magistrate denied bail and remanded the accused to the Department of Correctional Services until his fixture hearing scheduled for September 14 before Magistrate Carolyn Vogt-Evans.

Dorestin has the right to apply for bail in the Supreme Court.