Giving Children Something To Smile About This Christmas 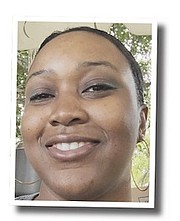 Kendia Laramore has been inspired by a desire to give back and show love, especially to children.

“Smiles for Christmas” is a pilot initiative spearheaded by Ms Laramore to bring children presents on their Christmas wish list and is open to the public who want to give a gift to a child.

Participants in “Smiles For Christmas” have been given children’s names and two optional gift suggestions to donate. A presentation will be made to the fifth grade students of Stephen Dillet Primary School tomorrow.

“Twin Brothers was very generous and supportive of this toy drive and has donated all of the bicycles that were on the children’s wish list,” Ms Laramore said. “Another company that participated this year was Limeade Bahamas, who donated tablets to some of the kids. The other gifts were donated by members of the general public who chose to participate.”

The philanthropic effort, Ms Laramore said, was inspired by a desire to give back and show love especially to children. “Ironically enough I was having an argument with a friend of mine regarding the recent atrocity that happened in France and my disagreement with Bahamians not showing empathy towards their own people.

“He made a comment to me about not being one of the doers when I was claiming others should be. I thought about what he said and anyone that knows anything about my altruism knows I will staunchly advocate for the wellbeing of a child. From that conversation the idea for this initiative was born. I shared the idea with one of my groups of fellow activists and I launched the programme through Facebook,” she said.

So far Ms Laramore said she has received a great deal of interest from members of the public, who share the belief that intentionally spreading holiday cheer is the best way to find it.

“Giving back shouldn’t be limited to the holiday seasons,” she said. “It should be a life action because it shows appreciation, it generates morale, breeds unselfishness and nurtures philanthropic and altruistic behaviour. It helps to eradicate the need of greed and softens hate. If I am a person living in a place where everyone lends a helping hand to one another, no matter how small that assistance is, why would I feel out of place or ever as though I need to steal from the hand that I know would help if they could? When you are your brother’s keeper, everyone eats and everyone shares, because that’s how family is supposed to treat each other, whether genetically related or affiliated by in-common relations,” she told Tribune Woman.

What makes Smiles For Christmas a special event for Ms Laramore is that she, along with the other participants, get to bring a little joy to children, even if it is only for a moment.

“Have you ever looked into the eyes of a child and they looked back at you in all of their innocence and they just smiled at you simply because to them you are everything and they don’t even know it? That’s what makes Smiles For Christmas special - the knowing that because a child trusts you in spite of who you are or who ever you may be, you can put a smile on a child’s face simply because they have that agape love for you.

“Doesn’t that make you want to always keep them smiling?”