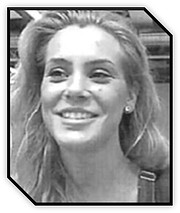 A CANADIAN cruise ship passenger who was reported missing by police was found in “good health”, the Royal Bahamas Police Force said Tuesday.

In a press release issued on Tuesday morning, the RBPF said Canadian Samantha Loveridge, 27, was missing.

Ms Loveridge was a passenger onboard the Oasis of the Seas that arrived in New Providence on Sunday and was last seen when she disembarked the cruise ship at Prince George Dock, police said.

However, police later reported yesterday evening that Ms Loveridge was no longer considered a missing person but had simply “missed the boat” on its departure.

Police also said she was found in “safe company” with a Bahamian man at a home on East Bay Street.