Why it’s so important to end disability discrimination 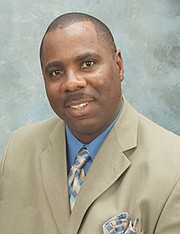 ON September 28, Melanie Griffin, Minister of Social Services and Community Development, acted on behalf of the Bahamas government and people to ratify the United Nations’ Convention on the Rights of Persons with Disabilities and, in so doing, the country is the 157th to consent to being legally bound by the requirements of the Convention.

What is the Convention, you might ask, and what does ratification by The Bahamas mean?

The Convention on the Rights of Persons with Disabilities is one of several important United Nations’ International Human Rights treaties. Although the text of the Convention was adopted by the United Nations General Assembly in December 2006, the global struggle to establish, promote and protect the rights of persons with disabilities began in the early 1980s.

Some countries and international organisations felt that more needed to be done to prevent blatant and subtle acts of discrimination against persons with disabilities.

The Convention became necessary because some countries’ educational, employment, or health systems operated in ways that prevented persons with disabilities from fully using (or accessing) those systems. For example, it is one thing to say that every human being has a right to primary education. But, if a boy who uses a wheelchair cannot get to school because of transportation, or cannot get into his classroom because the doorway is too narrow or it is accessible only by stairs, then these “barriers” impede his right to education.

Similarly, for a girl who is blind; it means very little when her teacher writes on the chalkboard or asks her to read from a print textbook. The same scenario can apply to the area of employment, whether it is a woman who is a qualified computer technician and has a hearing disability or a young man who is a skilled painter and has a mild learning disability. Certain adjustments or “accommodations” need to be made to ensure that these children have equal access to education, or these adults have equal opportunities in employment.

In order for every child or adult with a disability to have every opportunity to participate fully in society, such accommodations (or elimination of barriers) cannot be optional – they must be mandatory. For this reason the United Nations’ Convention and The Bahamas’ Persons with Disabilities (Equal Opportunities) Act, 2014, are important human rights and legislative instruments.

When The Bahamas ratified the Convention at the United Nations on September 28, we stood before the world and legally obligated ourselves to comply with the requirements of the Convention. We did so not because it would make us look good on the international scene or because it was the politically correct or socially expedient thing to do. There was no external pressure forcing us to sign or ratify the Convention. Instead, as we continue to develop as a nation, we were increasingly being made aware that our journey “forward, upward, onward, together” needed to involve everyone, including persons with disabilities; that we needed to affirm their rights and dignity, and involve them in all aspects of the life of our nation.

Of course, much of the progress made is due to the untiring efforts of the community of persons with disabilities. That community, comprised of persons with disabilities, parents, caregivers, disabilities-related NGOs, health and educational practitioners, government ministries and departments, activists and others, has been at the forefront in helping to prick our national conscience and steer our collective moral obligations, at least over the last 40 years.

As a nation we still have some work to do. Some people still have attitudes or use behaviour and language that are unacceptable and discriminate against persons with disabilities. Transportation and employment remain major hurdles for people with disabilities. And we have yet to see more persons with disabilities involved in national leadership, including the religious and political lives of our nation. While the UN’s Convention and our Disabilities (Equal Opportunities) Act make no claim to be panaceas or magic wands, they are important, huge forward steps for The Bahamas, helping to establish standards of accessibility, inclusion and equal opportunities.

As far as the Convention is concerned, the United Nations’ Committee on the Rights of Persons with Disabilities, a body of independent international experts, will monitor the implementation of the Convention in The Bahamas, just as it does in other states parties. And, like other state parties, The Bahamas is now obligated to submit regular reports to the UN Committee on how our rights are being implemented. Our first report is due within two years of ratifying the Convention and every four years after that. The Committee carefully scrutinises and responds to each report.

Accountability and ensuring that we do what we promised we would do regarding the Convention and the Act is, in fact, everyone’s responsibility. True, the UN Committee and the National Commission have their respective jobs to do. The various disability NGOs will continue to create awareness and provide the needed services and support. The government will continue to steer legislation and public policy, as well as provide disabilities-related social services. But it will take all of the citizens and residents of The Bahamas, by our respect for the rights of persons with disabilities and our intolerance of attitudes and actions which discriminate against them, to make our nation truly inclusive, accessible and a place of dignity and equality.

Although he was referring to Civil Rights, Dr Martin Luther King Jr could have equally been speaking about the rights of persons with disabilities when he said: “Injustice anywhere is a threat to justice everywhere. We are caught in an inescapable network of mutuality, tied in a single garment of destiny. Whatever affects one directly, affects all indirectly.” Some banks, supermarkets, laundromats, churches and restaurants are already doing so, but let’s all make sure that every place which is open to the public is disabled-friendly and can effectively serve clients, customers and patrons with disabilities.

Let’s all make sure and insist that our institutions, schools and colleges can accommodate students with disabilities, not just in terms of building access, but communication access and instructional modalities. And let’s all ensure and insist that accessible parking spaces (which are incorrectly called handicapped or disabled parking spots) are used only by vehicles displaying an accessible parking permit.

We can end discrimination against persons with disabilities, but only if we do it together.

Lester T Ferguson is the Executive Secretary of The National Commission for Persons with Disabilities. For more information email disabilitiescommission@bahamas.gov.bs