Healthcare Quality ‘Must Be Raised’ Before Nhi 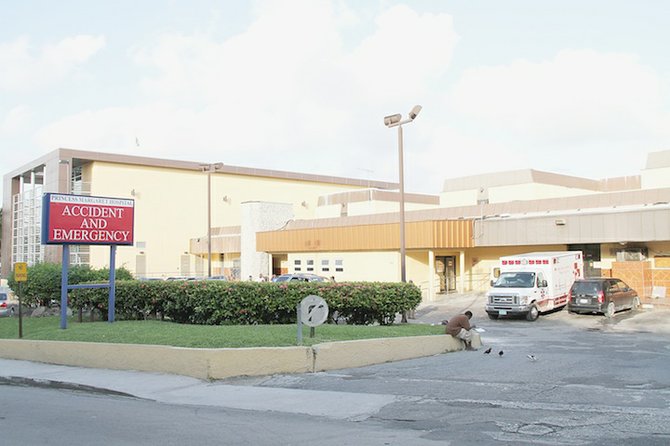 THE country’s public healthcare system must be “brought to internationally acceptable medical standards” before any attempt is made to develop a universal healthcare plan, the Medical Association of the Bahamas has said.

The recommendation is contained in the MAB’s position paper on the government’s proposed National Health Insurance (NHI) scheme. The Tribune has obtained a copy of the document, which was prepared in November.

“The MAB believes that our public healthcare system must be brought to internationally acceptable medical standards, the culture of its delivery of care and its administration must be changed to standards we can all be proud of, and that these changes must happen before any attempt to develop a UHC system,” the document notes.

“This is essential since our public system forms the basis of the delivery of care to the majority of people in our country. In this restructuring and rebuilding, the voices of all stakeholders – physicians, nurses, technicians, all para medical professionals, the health insurance community and the unions, should be heard. Most importantly, the public must be informed at every step and must be allowed to meaningfully comment on steps being taken on their behalf. Moving forward, decisions should be made based on international standards, fairness, and in keeping with fiscally responsible practises at all levels. “Independent checks and balances should always exist to ensure transparency and accountability.”

The MAB has also recommended that a national policy and strategic plan on primary healthcare be developed before any universal healthcare coverage is implemented.

“The implementation of such a plan must be phased in over several years to allow for both adequate training of the primary healthcare team, and to ensure affordability and sustainability.”

The document also says that while access to primary care – which encompasses health promotion, disease prevention, health maintenance, counselling, patient education, diagnosis and treatment of acute and chronic illnesses – would be welcomed by many, an NHI system must tackle catastrophic care at the outset.

“The public, however, sees catastrophic care as the main health care problem facing them. To this end, any UHC system must, at the outset, include catastrophic health care.

“Since the Bahamas already, at the time of writing, has a system in place to provide this catastrophic care; we again find ourselves far ahead of countries who have no such service.”

The government has proposed access to primary care under its NHI scheme in the second phase, which would run from April to June.

The MAB has also urged the government to remove value added tax (VAT) from medical services, which it said is a deterrent to people seeking medical attention.

“This state of affairs is counter-productive to the aims and objectives of a UHC programme where the goal is better health for all people within the Bahamas, and we wish to suggest that the removal of VAT on medical services would greatly decrease the economic burden of patients who need health care, and increase the incentive to seek such care. A further reduction in duty for disposable medical supplies will reduce the cost of delivering care and encourage a greater investment in healthcare and build capacity for the further introduction of new services.”

The MAB has also suggested that the Department of Public Health develop a strategic plan to tackle the “growing burden” of chronic, noncommunicable diseases.

The government plans to introduce the first phase of NHI in January. The programme will be phased in over a period of five years. However the Christie administration has not said how much NHI will cost or which benefits package will be introduced when the plan is rolled out.

Insurance industry stakeholders and the Free National Movement have called on the government to delay NHI due to confusion and push back over the plan.

But I wonder how many of our millionaire doctors have made their millions off the so-called "dump" called PMH???????? Who benefits from the Physicians Alliance?????

These RICH doctors and insurers have NO conscience for the POOOOORRRRR

How about improving the healthcare system? $100 million unaccounted for. Audit after audit showing mismanagement. NHI will not help what is a thoroughly incompetent and possibly corrupt system.