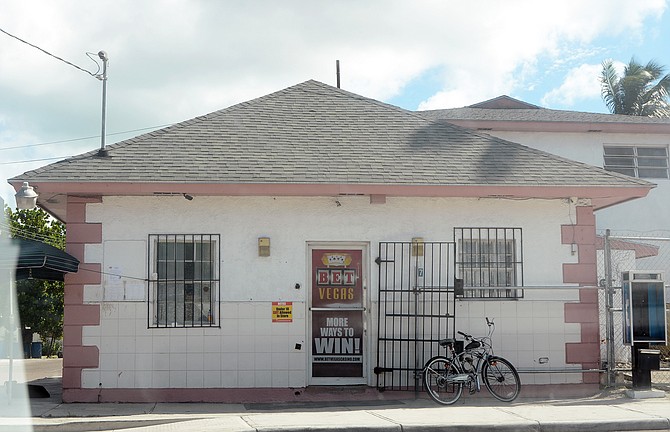 THE Supreme Court has granted web shop chain Bet Vegas Casino permission to remain open after it was ordered by the government in October to shut down its gaming houses because it did not meet criteria to qualify for a gaming house operator’s license.

On Friday, Justice Roger Gomez placed a stay on his earlier ruling against the company – which set aside the web shop’s ex-parte order – until the Supreme Court has heard an application for leave to apply for judicial review, according to court documents obtained by The Tribune yesterday.

Earlier this month, Bet Vegas closed 10 of its 11 gaming houses after it was ordered to do so by the Gaming Board after an earlier ruling by Justice Gomez.

Anthony Brown, Bet Vegas’ president, told The Tribune at the time that only the company’s Mackey Street location remained open “to pay out outstanding winning tickets”.

He said the company’s 86 employees were paid for the final week of work and “put on notice” in case the chain reopens.

However, yesterday Mr Brown said four web shops have now been re-opened with plans to have the remaining seven operational this week. He said the chain was in the process of contacting staff that were sent home earlier this month to ensure there is sufficient manpower to run all the web shops.

Bet Vegas was one of nine companies that applied for a gaming house operator’s license, however its application was rejected and the business was ordered to cease operations in October.

At that time, Tourism Minister Obie Wilchcombe said the company did not meet the “critical standards and benchmarks” that related to “each applicant’s qualification and eligibility to hold a gaming house operator license,” as well as “attributes central to the current and prospective financial viability of the applicant”.

However, one week later, the web shop filed court documents against the attorney general, the commissioner of police and the minister of tourism, preventing police from closing them down.

On December 3, a statement from the Gaming Board said that on December 1, the Supreme Court ordered the ex-parte order filed by Bet Vegas should be “set aside with immediate effect.” The franchise was then ordered to shut down its operations by December 7.

After the order to close was handed down, Mr Brown said it was a “slap in the face” for his business, which he said was the only web shop chain established after the sector was made legal.

“This is ridiculous. We’re the only company that really met all of the requirements,” Mr Brown told Tribune Business earlier this month.

“We’re the only company that came in after the industry was legalised. This makes no sense.”

Mr. Brown it appears you are also the only shop that didn't kiss PLP ass....

Sealice, u took the though right out of my mind and put it on paper...lol

If it weren't for the webshops, many Bahamians wouldn't have any hope at all. They play their last dollar in the hope that their numbers come in. God is getting tired of prayers for a webshop win.

Comrade Sweet Jesus, I knows you is for real and all the good stuff how you died on the cross for are hopes thousands we poor people win at wagering on da numbers.
Our church's Sunday morning Preacherman's keeps telling we in congregation how you will be right there alongside us even in our hundreds times we ain't win nothing.
That even when our faith in numbers man's is running thinner and thinner each time we hand them monies that only sends our families deeper in debt. - why we needs keep on believing and trusting in the generosity lucky payoff from numbers man's as much as we does believes in Jesus.
In all honesty, I thinks if my Sunday morning Preacherman's - might not just have some kinds special financial motives keep preaching this stuff his congregation.
On second thought, considering the many times we church does runs those collection plates ups and downs the pews on Sundays, he may be running he owns numbers house?

86 jobs in question when unemployment is already too high