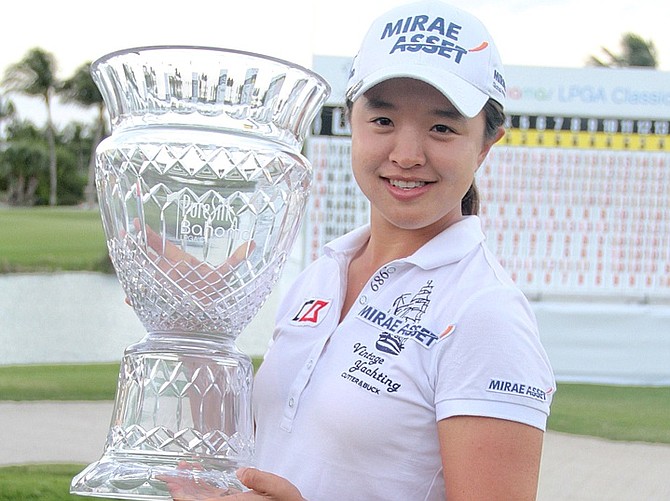 The 22-year-old Kim shot a closing 68, five under par, to match Yoo and Jutanugarn at a 14-under total of 278 on the Ocean Club course. The last day was full of twists and turns, with the third round completed this morning and several changes of leader.

Kim birdied the par-five 18th to get into the playoff and then birdied it again 20 minutes later as the first sudden death hole. Yoo finished with a round of 70 and Jutanugarn a 69. Brittany Lincicome, of the United States, was third at 13 under after a closing round of 70.

Lydia Ko tied for seventh at 11 under in her first event as the No.1 player in the world after a final round 68.

Full report in The Tribune tomorrow.