‘Government is stalling on equality referendum’ 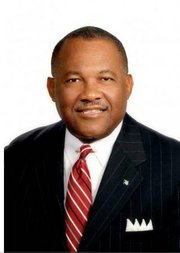 Last September, Bain and Grants Town MP Dr Bernard Nottage announced that the referendum on gender equality would be postponed to sometime this year. He said at the time that the bills are currently in the committee stage in the House of Assembly and would be finalised and passed soon.

However, five months later, little progress appears to have been made toward accomplishing this.

The government has reportedly stalled on passing the bills in the hope of persuading opposition members, Mr Grant and St Anne’s MP Hubert Chipman to support all four of the bills. However, Progressive Liberal Party MPs Greg Moss and Dr Andre Rollins have also voiced concerns about some of the bills.

Mr Grant said yesterday that he has not heard from the Constitutional Commission and that his position on the bills has not changed.

He has said that he will not support the fourth bill, which seeks to eliminate discrimination on the basis of sex, until the words “at birth” are included.

Mr Chipman has also publicly said he does not support bill four in its current form.

Bill four seeks to remove discrimination based on gender by inserting the word “sex” into Article 26 of the Constitution. Critics fear this could lead to legalising gay marriage.

Yesterday Mr Grant said: “I have not heard from the Constitutional Commission. My position is very clear. The government is stalling. They are wishing to blame the opposition for their inaction. The suggestion that (the prime minister) wants unanimity is nothing but a smokescreen. We know that the prime minister’s record of changing his mind is well documented. He voted for women’s equality in the House (while opposition in 2002) and then went out and campaigned against it. He said he would abide by the decision of the Bahamian people as it relates to web shop gambling, but then he changed his mind.

“Is he suggesting that equality for women is less important than the welfare of some 12 web shop operators? There is no need for unanimity if he wishes to proceed with this bill. The PLP has the numbers to pass it in the House without any problem.”

Mr Christie recently said that he would not have the referendum if parliamentarians campaigned against it. His statement came after Mr Moss said he is prepared to campaign against two of the bills.

Responding to Mr Christie, Mr Grant said: “It’s a nonsense excuse. And I don’t want to get in the business of the PLP but the prime minister needs to deal with (PLP backbenchers) Andre Rollins, Greg Moss and Renward Wells and stop using the opposition as a flimsy excuse. After all, had he not campaigned against it we could have very well had it since 2002.”

In 2002, the Ingraham administration included the issue of gender equality, among other things, on a constitutional referendum. However, that referendum was unsuccessful.

When contacted yesterday, Constitutional Commission Chairman Sean McWeeney said he hoped to have new information about the matter by Wednesday.

The proposed referendum has been delayed four times.

It was first expected in June of 2013, to coincide with the country’s 40th anniversary of independence.

Mr Christie recently said he wants the vote to take place by the end of June.

The PLP will not bring another referendum in this term of office!!!!!!!!!

The only referendum I would like to see now is on the type of governance we have had in this country for the past 2-1/2 years.