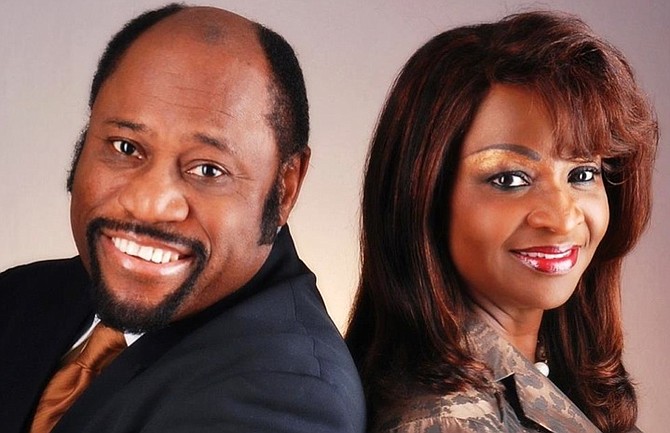 INVESTIGATORS probing the cause of a small plane crash in The Bahamas that killed a prominent Christian minister and eight others late last year say it was likely to have been caused by bad decisions by the crew during stormy weather.

A Learjet carrying Dr Myles Munroe, his wife Ruth, members of Bahamas Faith Ministries and the two pilots crashed on November 9 after striking a shipping crane as it attempted to land in Grand Bahama. The crash killed everyone on board.

Today, the islands' civil aviation department said it had concluded its probe into the crash. Investigators found "poor decision making of the crew" as they attempted to descend without seeing the runway was the probable cause.

The jet was trying to land during heavy rain and reduced visibility as a storm front passed over the area.

Not much else to say...just very tragic.

Indeed. The detailed report itself ought to be released too though, not just quotes from it or from persons at CAD. The public should also be able to get access to the transcripts from the CVR as well. I know not all countries allow it, and I know it's a pipe dream to expect ours to make it available to us.

Comrades while the islands' civil aviation department may have concluded its probe into Dr. Myles private Lear Jet's deadly crash during approach into Freeport's airport, it has yet to release what "was recorded" to have or not to have taken place in the cockpit between the pilots, or with any other persons, including any possible signs of influence to continue the landing approach, in what turned into a deadly decision for all aboard.

Such dialog, if it exists, may be picked up on the CVR, which is one of the reasons I said we should be able to have access to those transcripts.

Comrade there exists a flight recorder and don't you find it strange it has never been released? There was like what, but one mention in the Tribune of the plane's insurance policy having lapsed or not renewed but that was the only mention? Sometimes the Tribune reads more like they have a bunch of minimum wage stenographer journalists, copy typing these stories upstairs over at Shirley & Deveaux. Must be same ones reporting the story copy "as written and provide by Carnival 2015?"

The media never did any investigations with respect to this incident and they still are not doing any. They were too wrapped up in the personalities on the plane as opposed to handling a crash investigation story the way it ought to be handled.

Comrade I am not suggesting the Tribune should be investigating the crash but when you lay to rest a mere common preacherman's, all draped in out in nation's national flag, like some head of state, yes, huge self-created personalities may have overshadowed good journalism over at Shirley & Deveaux.

A Captain not in command of his ship is no captain! "...department said it had concluded its probe into the crash. Investigators found poor decision making of the crew as they attempted to descend without seeing the runway was the probable cause..." Probable? Not good enough, if this is the report it is saying nothing!

The weather was bad with low descending fog and clouds a few hundred feet from the ground. MYGB FPO airport landing systems (ILS) were not working. The aircraft did not contain adequate quantity of fuel, insufficient to safely divert and to an altinate airport.

The plane should have never left the Nassau Airport in the first place regardless to who order the plane to leave. The pilots were responsible for making the decision and should have refused to go.

All factors directly contributed to the crash, but the pilots are the main cause for going, not because they descended without the runway in sight; they had to descend to locate the runway. I hope this report is not the actual conclusion, it does not make much sense.

Perhaps they were just doing what they had been told to do?? Will we ever know? It seems a very unfair conclusion for the families left behind.