Murder Suspect Fears For His Life From Alleged Killers In Jail 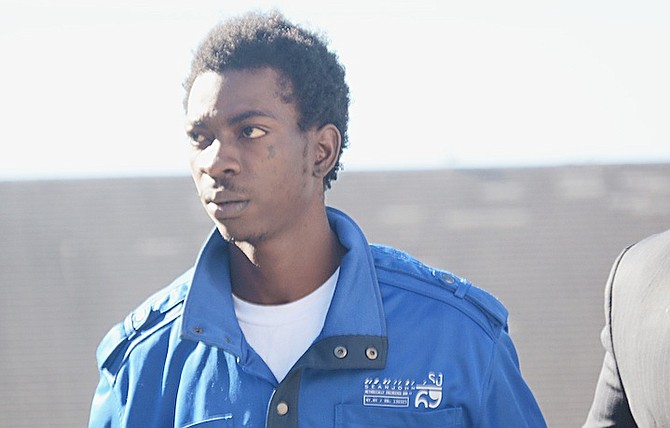 Deangelo Moss, 23, of Nassau Village, with is charged with the October 2014 murder of Jermaine Minnis.

A MAN arraigned on a murder charge in Magistrate’s Court yesterday expressed fear for his life from persons in prison allegedly connected to the killings of his brothers.

Minnis was shot and killed at Williams Street in Nassau Village on the evening in question.

Moss was informed that he would not be required to enter a plea to the charge.

He was further told that he would be remanded to the Department of Correctional Services until his March 31 reappearance for the case to be fast-tracked to the Supreme Court.

It was then that the unrepresented accused told the chief magistrate that the alleged culprits behind the killings of his two brothers were reportedly housed in the maximum-security unit at the prison and he wished not to be remanded to the same section.

The magistrate made a note of his concerns and the names of the men to inform the commissioner of prisons.

Also remanded to prison yesterday was 20-year-old Roy Stubbs, who was accused of being the third person behind a near-fatal shooting that took place on New Year’s eve.

The accused, due to the nature of the offences, was not allowed to enter a plea to the charges, as the case is to be fast-tracked to the Supreme Court on March 2.

He pleaded not guilty to possession of a Black Springfield 9mm pistol and 10 live rounds of ammunition for the weapon.

Concerning this case, he returns to court on February 17 to learn which court will preside over his trial.