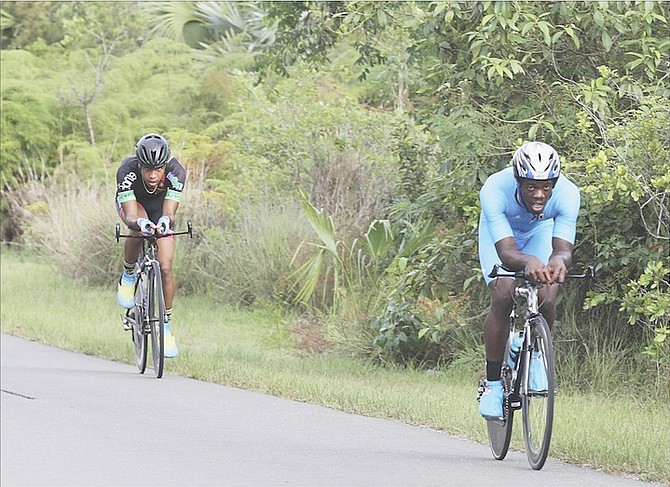 ON THE COURSE: Cyclists compete in the Bahamas Cycling Federation Time Trials on Saturday. Photo by Tim Clarke/Tribune Staff

ONCE again, Liam Holowesko captured the time trials, but he got nipped out at the tape by Jay Major in the road race as the Bahamas Cycling Federation staged its annual National Cycling Championships over the weekend.

Holowesko, fresh off his participation in the United States of America Cycling Championships last month in Fort Lauderdale, Florida, posted the fastest time of 49 minutes and 25 seconds in the 22-mile time trials around the western end of the island on Saturday.

However, on Sunday in the 72-mile road race that started and finished at Goodman’s Bay, Major out-pedalled Holowesko at the finish line to retain his road race title.

The gruelling race was so close that only a tenth of a second separated the top three.