No word on date for equality referendum 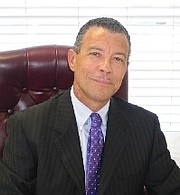 CONSTITUTIONAL Commission Chairman Sean McWeeney said he has not been given any indication of when the proposed referendum on gender equality might be held despite the committee being “just about finished” with its public education campaign and Family Island consultations.

According to Mr McWeeney, there is “next to nothing” remaining on the commission’s calendar, indicating that the group had “almost” finished its Family Island consultations, visiting every island with return visits scheduled for a few settlements.

“Originally we were met with some apprehension, there was some issues but after communicating with residents we got things cleared up and are moving forward in a positive direction.”

Earlier this year, Prime Minister Perry Christie had indicated he did not want to delay the vote any further and hoped to hold it by June.

In March, Mr McWeeney said a June referendum was “highly unlikely” as there had been no recent announcement from the government on the issue.

The repeated delays in the referendum have led many to question the government’s commitment to gender equality.

Long Island MP Loretta Butler-Turner has said that with every passing day, it becomes more uncertain if the referendum will ever take place.

“This delay has little to do with the questions and everything to do with the rushed and botched process,” Mrs Butler-Turner said in an earlier interview.

“The government destroyed this matter with the way they went about it. The PLP forced aspects of this referendum on the public without clarification or explanation.”

Recently, action group Citizens for Constitutional Equality (CCE) reignited its pleas to the government to make a decision on the referendum and remove all uncertainty over the country’s position on gender equality.

The referendum has been delayed several times. It was first expected in June 2013, to coincide with the 40th anniversary of independence.

Subsequently the vote was pushed to November 2013 and then to June 2014.

The vote was later delayed to November 2014, and the relevant bills were tabled in the House of Assembly. After significant push back – even from some Progressive Liberal Party MPs – over the wording of some of the bills, the government again delayed the vote.

There is concern in some quarters that Bill four in particular, which seeks to end discrimination based on sex could pave the way for gay marriage. The government has repeatedly said this concern is unwarranted.

Dr Bernard Nottage, Minister responsible for elections and referenda, could not be reached for comment up to press time.

Sean McWeeney has likely advised Christie not to proceed with the referendum until after the next general election or at least not before the U.S. Supreme Court has issued its ruling on same-sex marriage. This advice in and of itself acknowledges that the proposed amendments to our constitution as currently drafted, would, if passed in a referendum, allow same-sex marriages in our country. Shortly thereafter, bi-sexual individuals would insist on their right to a threesome marriage whereby they would be entitled to marry both their 'significant other' man and 'significant other' woman. If we throw out the window that marriage can only be between (or involve) one man and one woman, then we may as well also say good-bye to marriage being between only two individuals. After all, if we must protect the rights of gays to marry, then surely we must also protect the rights of bi-sexual individuals to marry both the man and the woman they happen to so dearly love concurrently. It would be most unfair to force the bi-sexual individual to choose between marrying either their male companion or their female companion; they should be able to marry both to enjoy the same right of happiness and other benefits that gays now seek to enjoy by way of same-sex marriage. COME TO THINK OF IT, WHY DON'T WE JUST GO WITH 'GROUPIE' MARRIAGES OF ANY KIND SO AS NOT TO OFFEND THE RIGHTS OF ANYONE! THE MESSAGE OF THE GAY COMMUNITY SEEMS TO BE LOUD AND CLEAR: WHY SHOULD ANY OF US CARE ANYMORE ABOUT PRESERVING THE SANCTITY OF THE INSTITUTION OF MARRIAGE AS IT HAS BEEN DEFINED AND KNOWN FROM THE BEGINNING OF CIVILIZED MANKIND? Yes, I'm all too frothy with cynicism.

Not too long ago Ireland became the first country to constitutionally protect same-sex marriage which is quite amazing considering this predominantly Catholic country's staunch position against gay and lesbian rights only two decades ago. Some say the Irish passed their recent constitutional amendment embracing same-sex marriage as a terrible backlash to (or means of getting even with) the Roman Catholic Church for the many thousands of Irish children who suffered molestation at the hands of deviant priests with the full knowledge and protection of Vatican officials over many decades.

Forget about this referendum Every one I know is voting No, even the women married to foreign men. As soon as they receive their Bahamian citizen ship. they leave their Bahamian wives, and marry women from their home Country, At least some of them do, not all of them.

Since when did equality for Bahamian women become so mixed up with same-sex marriages? I remember one woman in a store, after the first failed referendum in 2002, boasting loudly. "well we soon showed him (Ingraham)" She didn't have a clue as to the effect this all had for Bahamian women - and most still don't, including you too Birdie.....

Sure, sure - this so called Bahamian Christian society will follow the US to hell with ease. All for the mighty dollar - it controls the Bahamas through the tourist card etc. With it, it has jingled an irrational submissiveness to indoctrinate most Bahamians to believe that every American culture is good. The US and the West follows Greek democracy; along with the historical Greek marriage concept of husband and wife, but the Greeks has/had a boy on the side too. We must not take Greek mythology lightly either; their visions of man/woman half beast should give us a concept of bestiality. However, Greeks were/are not the only sodomite culture throughout the ages. When any country' law and or religion legally allow this ominous implication of gay-ism - that society will be iniquitous at best! Not only is it a religious taboo - it is not the way of life! So, if we are to go down that road..., who would stop anyone from marrying a chicken or dog - or whatever!