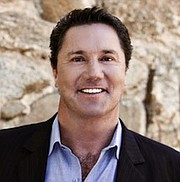 POLICE were called to the scene of a homicide shortly after 8am this morning at the exclusive gated community of Old Fort Bay.

Once there, police found the lifeless body of a 59-year-old male with stab wounds, who is believed to have been dead for more than seven hours.

According to sources on the scene, he has been identified as Australian podiatrist Phillip Vasyli.

Vasyli owns two homes in the Old Fort Bay community and an office in the area’s medical centre, The Tribune understands.

See Wednesday’s Tribune for more on this developing story.

Tradegy in four corners of the island within hours of each other. What wicked, demonic spirit lurks around?

Nah...I saw the removed content before it was removed...the poster was saying who dun it....no real facts about who actually did it are public yet, all word of mouth stuff so best they remove it.

On a different take on that...very rarely do you ever see the Tribune, or others, name the person who was murdered in the headlines...this article did actually start out as 'Man stabbed to death'...just like every other murder headline...then it got changed to include his name. Maybe the Tribune should put the names of each person in the headline with the murders...make it more personal...put a name to it, not just some random 'Man' or 'Woman' murdered...either way, sort of a double standard of sorts going at the moment.

Are you Suzie Thompson?