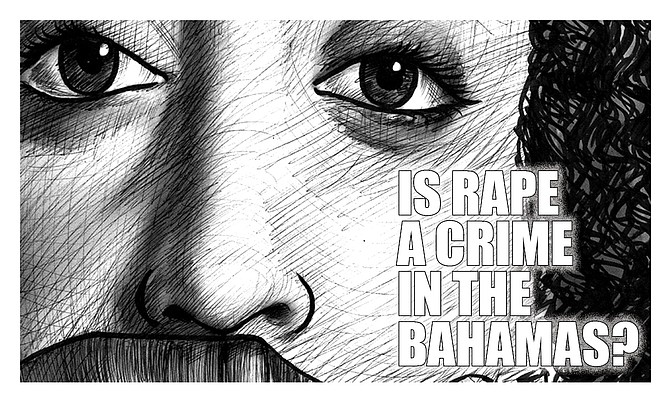 DR MIKE Neville is a forensic psychiatrist who has spent 40 years - the majority in the Bahamas - working in the hospitals, courts and prisons at close quarters with offenders. The father of a recently murdered son, he is bringing his experience and expertise to bear in a series in The Tribune designed to inform an evidence-based national debate on how to solve the rising levels of crime here. Week by week Dr Neville examines the causes, effects and potential remedies of crime, from the cradle to the grave, looking at the reasons behind the increasing catalogue of murders, shootings, armed robberies and sexual assaults. And we want you to be involved. Every Tuesday, you can comment on his articles in The Tribune and call in to an hour’s live phone-in on KISS FM96.1 from 3pm on 677-0961. Dr Neville will welcome views - unconventional, challenging and supportive - from everyone. Join the discussions via comments on tribune242.com, email to lifeofcrime@tribunemedia.net or listen and ring into the radio today.

IS RAPE a crime in The Bahamas?

Surely a silly question, yet one I often feel obliged to ask.

How many convictions for rape do we read about? I certainly hear about men raping women, but I do not read about many men going to prison for a rape conviction. There must be a reason: either very few rapes are committed or maybe society does not see rape as a crime … or at least not a serious one!

Sounds a bit ridiculous? Let’s look at the background and try to understand what is happening.

Rape is wrong and that belief is enshrined in ancient religious texts. Even Roman law recognised rape as a crime, but only if it was a citizen of good standing that was assaulted. The rape of a slave was viewed as a crime against someone’s property and male or female prostitutes who made their bodies available for public use or pleasure had no rights to protection.

St Augustine complicated things further by questioning if a woman may secretly encourage the rapist and he raised the possibility of sinning by having “involuntary sexual pleasure”.

I believe that this kind of thinking has some cultures still punishing victims of rape and has encouraged some very judgmental attitudes to pervade our current thinking.

War rape is still an enormous issue in current conflicts and also dates back to ancient times. A few kings, notably Richard II and Henry V, tried to ban rape; even Napoleon Bonaparte was repulsed by rapes. But here we are in 2015 and it is still viewed as part of the spoils of war!

In Syria and the Congo, rape seems completely out of control. We shrug and blame the “War Zone Mentality” but when one looks at the murder rate in the Caribbean maybe we have also become stuck in this war zone thinking.

This may seem at odds with published lists of countries with the highest reported rape rates; these include the United States, England, Canada and Sweden (which frequently has the highest rate of rape in Europe and Scandinavia). The answer is very simple: rape will only be reported if people trust the authorities and believe something will be done about their complaints.

Where does that put The Bahamas and the Caribbean?

There is a very high level of reported rapes, way above international averages, here. According to a United Nations Crime Trends Survey in 2007 The Bahamas reported the most rapes per 100,000 in the region. This could indicate that there is trust that the police will investigate properly, but with the poor conviction rates all over the Caribbean it is more likely that the reported rapes are the tip of the iceberg and the real numbers are much higher.

In 2013, records from Princess Margaret Hospital recorded 147 rapes whilst the official crime statistics reported 104; a significant difference but most likely still heavily under-reported. Official numbers are broken down into rape, attempted rape and unlawful sexual intercourse – in broad terms the same crime.

A study by Blum reported that the age at which sexual activity starts in the Caribbean is the lowest in the world. Of those reporting early sexual activity, 35 per cent were having sex before the age of 13. The age of consent for sexual activity in The Bahamas is 16 and any sexual intercourse under that used to be regarded as statutory rape, which would clearly have increased the numbers dramatically.

Even without the age of consent being used, a Caribbean study in 1998 showed that 48 per cent of adolescent girls said that their first sexual encounter was forced or somewhat forced.

The unpalatable reality is that no matter how the statistics are measured the numbers are way too high; the situation only gets worse as we move from reporting to convictions. In fact, I am not sure that anyone can tell us the true conviction rate.

I do not know if rape is taken more seriously in the United Kingdom or if the Caribbean populations are more inclined to view rape as a terrible crime. Either way I wonder what the true figures would be here?

Rape is certainly a difficult crime to prosecute for a variety of reasons.

It usually occurs in private so there are no witnesses, the two stories are very different so who do you believe? This is further complicated by the law, which states that to find guilt, the standard must be beyond reasonable doubt. Rapists are not your average decent kind of person but they may well appear to be normal, wronged and insulted by the accusations.

So how does the jury figure out the truth?

To add insult to injury, rape is a terrible and destructive crime: it can end in death, it can cause physical damage, which in a sad way helps others believe the victim. However, the psychological damage can be worse and longer lasting. The rape trauma syndrome is fully accepted but if not fully understood can result in the victim not being believed.

After the attack the victim may be very agitated or the complete opposite, over-controlled and seemingly calm; there may be a shocked disbelief when the victim can become confused, unable to make decisions and have difficulty recalling what happened. All normal parts of rape trauma, but easily misunderstood by friends, family and inexperienced police officers.

This can be followed by a long period of adjustment with severe psychological symptoms, even full blown mental illness.

The victim can lose their very self, ruining their self esteem and can destroy relationships. Women even refuse examinations as they can not allow themselves to be touched.

The myth that rape is a sexual crime creates even more problems; the court gets caught up in whether it was consensual sex and the rapist and his lawyer can throw doubt in every direction. The reality is that it is a crime of anger, control and violence; it is not about sexuality, sex is merely the weapon used. The perception that it is all about sex leads to weird conjecture about women enjoying the assault; in fact if women are asked they reveal that they never enjoy it.

There are many types of rapists that the Federal Bureau of Investigation and others have classified – they are all dangerous. The commonest rapes are committed by someone who knows, or has profiled, his victim; he often creates an impression of a false friendship which can later be used as a defence. The use of social media is growing as a pretence of a friendship: after the rape posts may then be used to show some sort of relationship had existed.

I have interviewed rapists in prison who, even after conviction, maintain that it was sexual and the women enjoyed the experience. I asked further questions and it would seem that as the physiological signs of fear can resemble sexual response, they have managed to delude themselves rather than face their inadequacies.

I believe we need more support for the sexual offences unit and the officers need specialised training to deal with rape victims. The victim may begin with a story that seems unbelievable and will be pushed aside. The first assumption should always be that this person was raped; this makes it much easier to get past the acute phase of the rape trauma syndrome and explore what really happened.

Victim blame is still far too common; “she was drinking”, “she wore a short dress”, “they are rude little girls”. It should not be relevant: rape is a very serious assault, it is a crime of violence leaving lasting emotional scars. These victims need the support of the community, not judgment and shunning.

A positive development is the move from “No means No” to the “Yes means Yes” on college campuses in the US. The idea is to provide courses which improve students relationship skills and behaviour, not just what they should avoid, but how they should communicate clearly what they would like from the relationship.

NEXT WEEK: Gangs – how they can be understood and better managed

Rape & especially statutory rape, pedophilia, huge problems in the Bahamas, grown men profiling molesting little girls & little boys, what's worse is nothing serious being done to address the problem. It's was the norm growing up in Nassau to see grown men whistling, cornering, touching or manipulating young girls. Many ended up pregnant before even finishing school & the men went onto their next conquest, leaving abandoned fatherless children with no moral or financial support. We have a culture in the streets that shows complete disrespect to women and the aggression towards them is backed by a macho dysfunction attitude that this makes u a man rather than a coward. But who is to teach men to be men when many men are raised without men around

Crime is killing this country. Do not be childish and think the world is not aware of the problem the Bahamas has with crime. Daily there are news flashes concerning some sort of crime in the Bahamas, stolen boats, rape, murder, theft, this is what the Bahamas is becoming known for, not sun, sand, and sea.