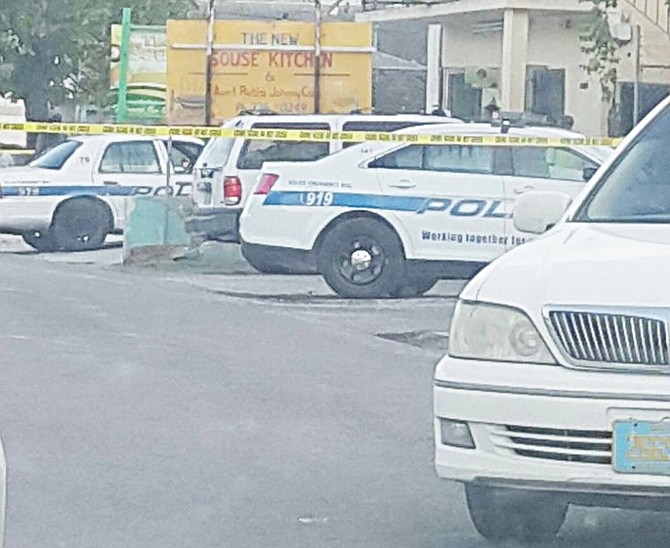 POLICE have two men and a woman in custody in connection with the shooting death of Brian Francis Jr on Monday.

The suspects were arrested shortly after Mr Francis was killed while driving on Mount Royal Avenue.

The Ministry of Education, Science and Technology yesterday extended condolences to the family of Mr Francis, who had worked in the stores department of the ministry for the past four years.

“We are deeply saddened at this time as we mourn the loss of another colleague, Mr Brian Francis. Sincere condolences are extended to his family as they cope with the unforeseen death of Mr Francis,” the statement said.

“Mr Francis’ co-workers, in reflecting on his four years in the Stores Department, described him as lively, energetic, respectful and hard-working. He was also characterised as having great potential. Well liked by his colleagues, Mr Francis will be deeply missed by those who worked very closely with him.

“The Ministry of Education and the Department of Education have lost a young man who liked his job and was truly a team-player. Our thoughts and prayers are with his family at this time. May his soul rest in peace.”

Officer-in-charge of the Central Detective Unit, Chief Superintendent Paul Rolle said on Monday that Mr Francis was in his car around 8am when two men with handguns approached him.

“Preliminary information revealed that the male, who was in his vehicle at the time, was accosted by two males who opened fire on him,” Chief Supt Rolle said. “He sped off and turned into Hampton Street and crashed into a tree, where he succumbed to his injuries. We are looking for a silver Honda, that we believe the assailants were in.”