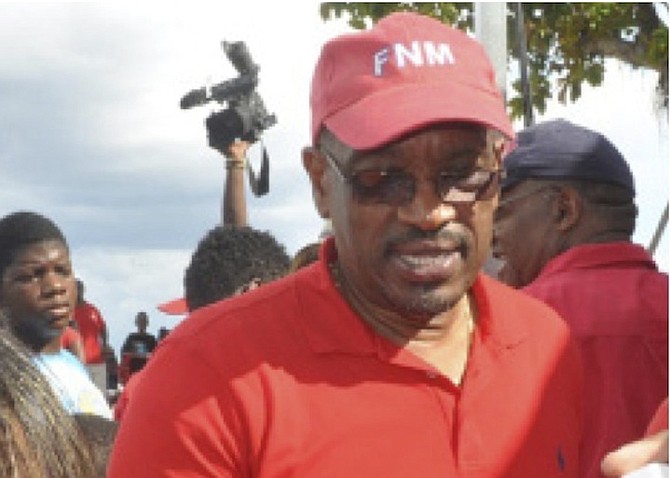 FREE National Movement Leader Dr Hubert Minnis yesterday chastised the government over claims that it had hired a foreign consultant without necessary approvals from the Public Hospitals Authority.

The former minister of health was responding to a report published in The Nassau Guardian on Monday, which suggested that PHA Chairman Frank Smith had taken issue with the hiring of a foreign consultant who was not approved by the board. Mr Smith reportedly wrote two letters to Minister of Health Dr Perry Gomez, the first advising him that the consultant’s contract – valued at more than $160,000 – was null and void by law, and the second to express dissatisfaction with the Ministry of Health’s decision to block the hiring of two deputy hospital administrators, citing lack of funds.

“If the reported hiring of a foreign consultant was true, at a remuneration level in excess of $160,000 per year, this would be in contravention of Section 20 of the PHA Act,” Dr Minnis said.

“The PHA Act specifies that while the minister can give general policy directives to the board of the PHA, the minister cannot, in anyway, give directions relative to the employment practices of the PHA. Both the minister of health, who may have known and the managing director of the PHA, who should have known, are culpable in this matter and should be subject to discipline in accordance with existing policies.”

Dr Minnis added: “It is baffling and tragic that despite the extremely high salary that is purported to have been provided to the foreign consultant, two Bahamian women deputy healthcare administrators appointments were not confirmed, apparently due to lack of funding for both posts. This lack of funding totals $12,000. Furthermore, the hiring of the foreign consultant breaks existing rules. We find this to be both astounding, insulting and unacceptable.”

Dr Minnis maintained his party’s opposition to the hiring of consulting firm Sanigest International to guide the implementation of the government’s National Health Insurance scheme.

He said the firm appeared to have assumed a leadership role in the process by not only crafting the benefits package, but also reorienting the healthcare system.

“They have extended their involvement to determine manpower needs as well as implementing measures to supposedly strengthen the existing healthcare system,” he said.

“The insurance industry has also questioned the role of this group in the public expression of government policies relative to healthcare and their apparent authority to direct health policy with the full knowledge and support of the minister.

“In the event that the public is not aware, there are any number of competent, experienced, honest and committed Bahamian professionals in the fields of insurance, finance, sociology, education, accounting and healthcare who are more than capable of developing this initiative.”

Dr Minnis asserted that the hiring practices indicated that the Progressive Liberal Party-led government does not believe in Bahamians, and only used the slogan as an election strategy designed to appeal to the public’s sense of nationalism.

He pledged that an FNM government would provide transformational leadership by ensuring transparency and inclusion of both the public and private sector in the development of healthcare policies and programmes.

This issue represents a wonderful opportunity for Mr. Minnis to show what he is made of! As a former Minister of Health he certainly has a unique understanding of how this Ministry is supposed to work!

He must now convince us that he is "a force to be reckoned with"!!