Cartoonist ‘Ecstatic’ At Letter From Obama 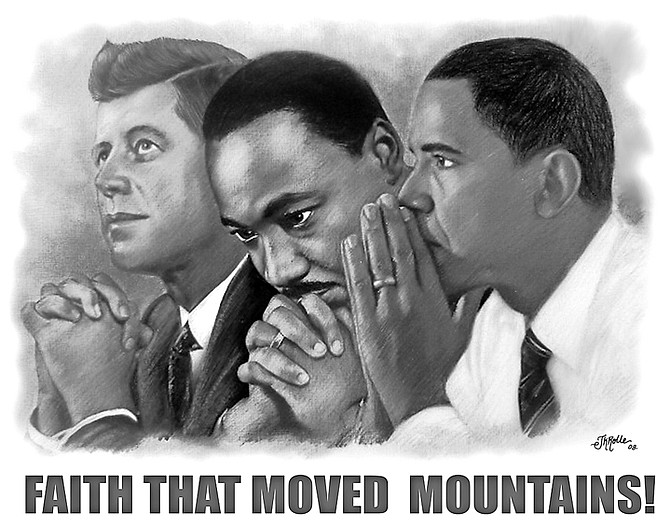 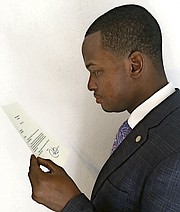 Celebrity artist Jamaal Rolle with the letter from President Obama.

JAMAAL Rolle, a Bahamian artist fast forging a global reputation - and The Tribune’s cartoonist - has received a special congratulatory letter of gratitude from President Barack Obama for his depictions of the US President with other historical figures and a personalised lifelike portrait of the First Lady.

“I want you to know I am moved by your thoughtfulness,” the presidential letter stated.

“Though we all come from different traditions and communities, I believe nations and individuals are stronger when they work together. By connecting across borders and cultures and holding firm to the ideals that unite us, we can move toward a future of greater peace and prosperity for all.”

Mr Rolle told The Tribune he was “ecstatic” to receive the gratitude and acclamation from President Obama, “mainly because he responded directly to my correspondence speaking on the topics of bridging cultures and interconnecting, and with the perspective that he is an inspiration to me toward being the best that I can be without boundaries. 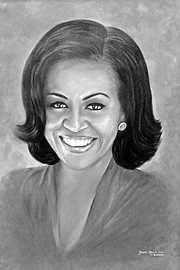 “I see such global response to my artistic work coming from the President of the United States as something that not only acclaims me but my country and the potential in the art community that we have here. Sometimes I believe art is a subject that is misconstrued by persons attempting to place art in a box or category by their own adapted perceptions. But art in its subjectivity is fluent in the imagination as a bridge to communicate formalities of life in various aspects.

“I am appreciative to represent my country to the world with having portraits in the Vatican, the White House and numerous other monumental historical places. To me, this is not iconic or monumental to myself but for my country in a cultural and creative way to be seen and distinguished in such a way. I am thankful and always humble for it was a talent I was blessed with by God.”

Mr Rolle, aka The Celebrity Artist, had depicted President Obama, the first black president of the US, alongside Dr Martin Luther King and former president John F Kennedy in various drawings. He also drew Michelle Obama, wife of the president.

The Minister of Tourism, Obie Wilchombe, who was informed of the President’s praise, said it was unique. “This is a acclamation that no other artist has received in the history of the Commonwealth of The Bahamas,” Mr Wilchcombe said. “Jamaal Rolle is achieving feats that no other artist has received. I congratulate Jamaal Rolle and I am proud of what he continues to do and achieve. Jamaal gets tremendous response from across the board, as I remember Usain Bolt and numerous other world figures articulating that his work is the best they have ever received. He is a global talent.”

The Minister of Education, Jerome Fitzgerald, said: “The recognition of Jamaal’s struggle, enormous talent and drive by the leader of the free world is a singular honour, which Jamaal has earned. This honour is a testament to Jamaal’s commitment to his craft.”

Among numerous other distinguished people paying tribute was former President of the Senate, John Bostwick, who described Mr Rolle’s work as “nothing less than a genius”, adding “The Bahamas has been gifted to have given the world just a little taste of what we can do”.

I am so very proud of Mr: Rolle who seems to love his Country The Bahamas and is proud to be a Bahamian. God has blessed him with this great gift.

Mr. Rolle, you make me proud to be a Bahamian! Congratulations.

Mr. Rolle is a Bahamian that has "Hit the nail on the head", we must encourage all Bahamians to persevere and achieve excellence.

Well done Mr. Rolle. Wishing you well as you continue to enjoy your special talent while at the same time making your fellow Bahamians proud to be Bahamian. A few words of caution though: Be wary of corrupt sleazy Bahamian politicians who are nothing but publicity seekers; they will try cozy up to you in an effort to bask in your greatness with the hope that some of it rubs off on them.